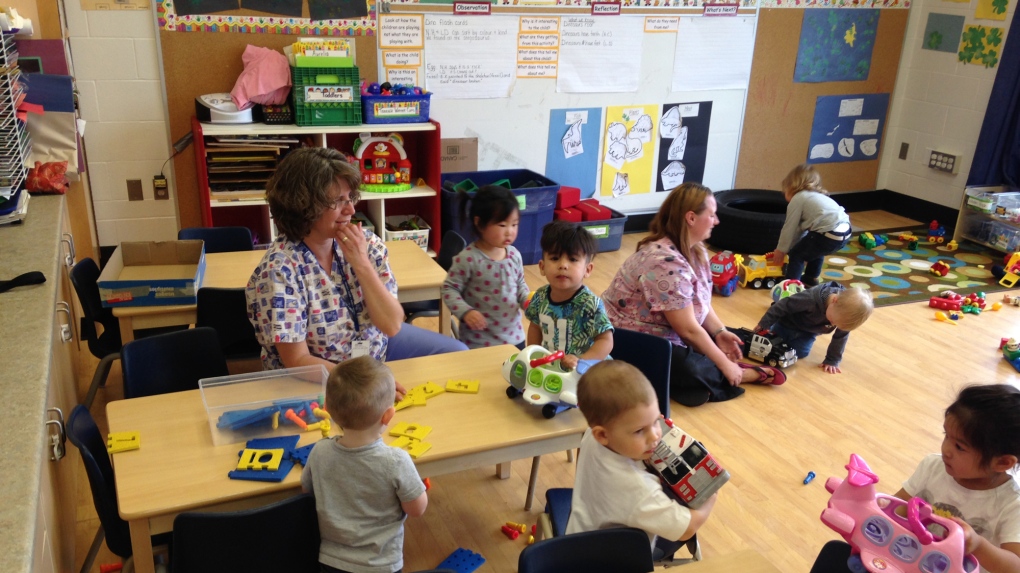 Children and workers are seen at a daycare centre. (Tyler Calver / CTV Kitchener)

Childcare is set to become more affordable with the Region of Waterloo as council approved $24 million in federal funding on Wednesday.

The money is part of the Canada-Wide Early Learning and Child Care Plan (CWELCC).

In a media release, the region said the first priority is to reduce childcare fees by 25 percent, retroactive to April of this year and to increase wages for the lowest-paid early childhood educators.

The goals of the CWELCC include lowering childcare fees to an average of $10 per day before September 2025, enabling the creation of new childcare spaces, increasing wages for early childhood educators, and removing barriers to care for diverse and underserved populations.

As the childcare service manager, the region will develop new policies and procedures to put the CWELCC plan in place.

The region said staff is working closely with the province and other service managers to share and align policy and practices, where possible.

Staff is also meeting regularly with partners and will create a working group to support policy development.