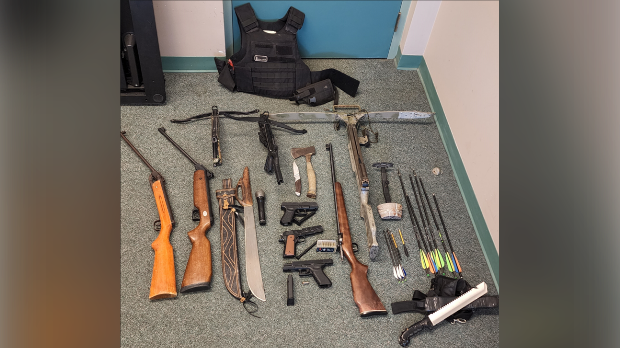 A 34-year-old Waterloo man has been arrested and charged after police seized multiple weapons including guns, Tasers and crossbows.

In a media release, Waterloo regional police said officers executed a search warrant in the area of Milford Avenue and Tamarack Drive in Waterloo on Wednesday.

The 34-year-old Waterloo man is charged with: