VIA Rail suspends routes between Toronto, Ottawa and Montreal 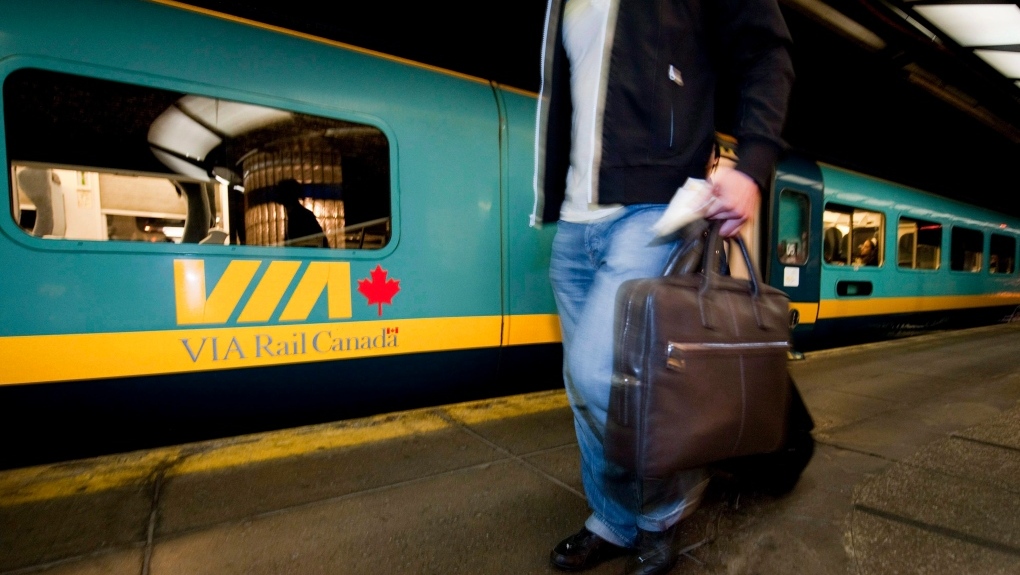 A Via Rail train is shown in this file photo. (Peter McCabe/The Canadian Press)

BELLEVILLE -- VIA Rail says it's suspended service on busy routes east of Toronto due to a protest blocking the tracks.

The railway operator says the protest is taking place near Belleville, Ont. and has led to nine trips being cancelled so far.

The affected routes run between Toronto, Ottawa and Montreal.

VIA Rail said no trains will operate on the routes until the protest has cleared.

A spokesman from VIA Rail says scheduled service will resume once the protests end.

Canadian National Railway says its trains have also stopped and crews are responding to the situation.

Ontario Provincial police say they are also aware of the situation, but did not offer details about the protest.