Shooting in Brantford leaves one dead, two others injured 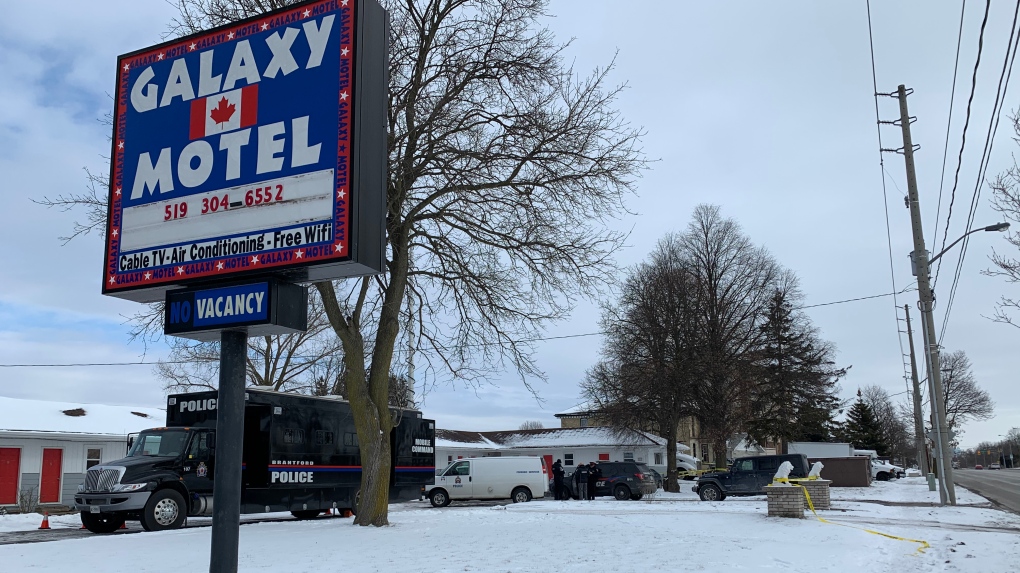 The Brantford Police Service on scene of a shooting that left one person killed and two others injured. (Carmen Wong / CTV Kitchener)

BRANTFORD -- Police in Brantford are investigating a homicide at a motel on Colborne Street East.

Emergency responders arrived at the motel at around 5:50 a.m. on Saturday.

There, they found three men suffering from apparent gunshot wounds.

Police say that all three were transported to hospital, but one, a 42-year-old man, has since died.

The other two victims are still in hospital.

A man living at the motel tells CTV that someone with a gunshot wound to the chest knocked on his door before being taken to hospital.

The motel's manager also told CTV that there were between 15 and 20 police cruisers there that morning.

By the afternoon, that number had decreased but there was still a significant police presence there.

The area is currently closed off while police investigate. They say that they don't believe the shooting was random.

BPS is currently investigating a homicide. At 5:50 am. police responded to a shooting at an address on Colborne St E. Three victims were located suffering from apparent gun shot wounds and transported to hospital. One victim has succumbed to his injuries. https://t.co/kUgOV79icj pic.twitter.com/dA9xDP2I7N