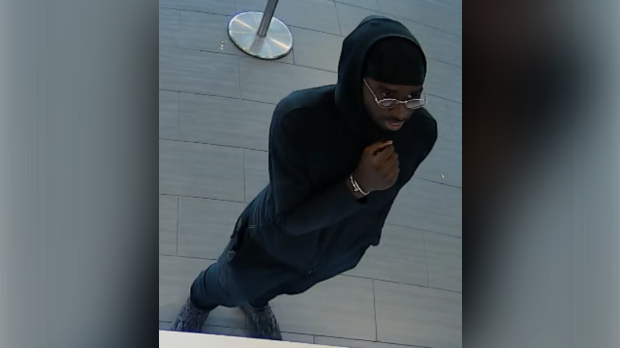 An undated file photo of a suspect police believe is linked to both incidents. (WRPS)

KITCHENER -- A man wanted for using bear spray and cutting a movie theatre screen in Kitchener is also accused of similar attacks in Whitby and Richmond Hill.

All three incidents happened on October 4, 2019.

The first incident was at Landmark Cinemas on Gateway Park Drive during a screening of Sye Raa Narasimha Reddy at 12:50 p.m.

Police say the man entered the theatre and used a knife to slash the screen and then released bear spray.

He left the theatre just after 1 p.m.

Police then learned of a similar incident the same day in Whitby, at a movie theatre on Consumers Drive.

It happened during a screening of the same movie.

The third incident occurred just before midnight at a theatre on York Boulevard in Richmond Hill.

The man also cut the movie screen at that location.

Police say the suspect is believed to be responsible for all three incidents.

He’s described as approximately 25 to 30-years-old, with a thin build and a black beard. He was wearing gold-rimmed glasses, black track pants, a black hoodie and grey shoes.