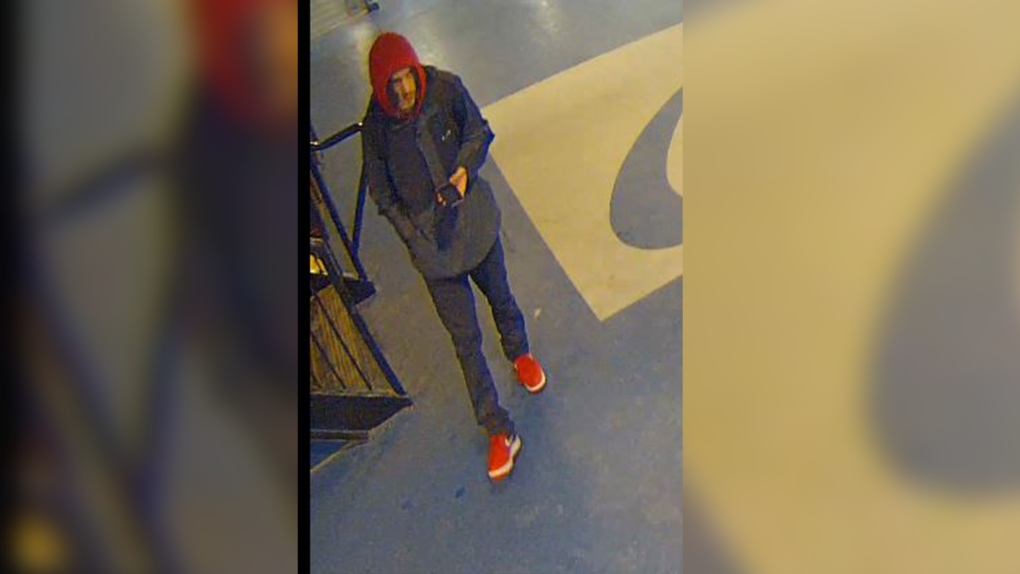 Regional Police are looking to identify the person in this photo in regards to a knifepoint robbery at the Cambridge Centre Mall parking lot. (Photo: WPRS) (March 27, 2020)

KITCHENER -- Regional Police are looking to identify the second of two suspects involved in a knifepoint robbery in the Cambridge Centre Mall parking lot.

The two suspects reportedly fled on foot. The victim was treated for minor injuries.

On March 3, police arrested a young person in relation to the incident. They were charged with robbery and failing to comply.

Officials are now asking for the public’s assistance in identifying an individual captured in an image.

The person is described as around 16 years old, wearing a red hoodie, grey jacket, dark jeans and red shoes.

Officials believe this was a targeted incident.

Anyone with information is asked to contact Regional Police.