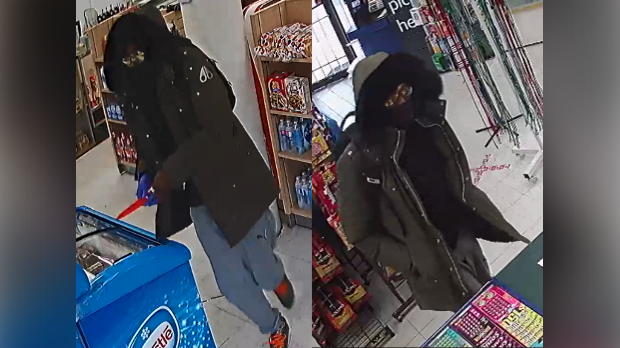 Waterloo regional police have released photos a person believed to have robbed a Cambridge convenience store.

In a media release, police said officers responded to the area of Queen Street East and Tannery Street East around 7:15 a.m. on Wednesday.

The suspect entered the convenience store while brandishing a weapon and demanded money from the employee, police said. He then fled the area.

The suspect is described as a 5-foot-10 Black male, wearing a black sweater, light grey track pants and a green winter jacket with a black fur trim. He was also wearing a black mask, aviator sunglasses, a black backpack and black shoes.