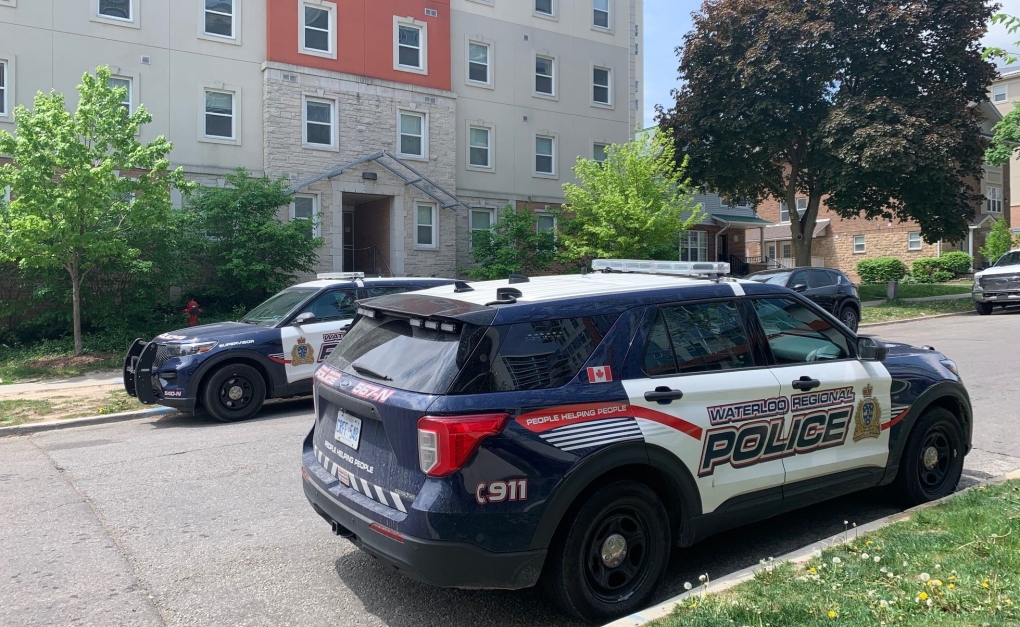 Regional police on scene of a reported shooting in Waterloo for the second day. (Natalie Van Rooy/CTV Kitchener) (May 23, 2021)

KITCHENER -- Regional police have arrested a suspect wanted in relation to a shooting in Waterloo last month.

Two people suffered gunshot wounds in the area of Lester Street on May 22.

Police issued a Canada-wide warrant for the suspect, 24-year-old Richard Wool, on June 4.

He was arrested on June 11 and police said he was charged with two counts of attempted murder, along with a number of firearms offences.

He's scheduled to appear in court on Monday.

The investigation is ongoing and anyone with information is asked to contact police or Crime Stoppers.