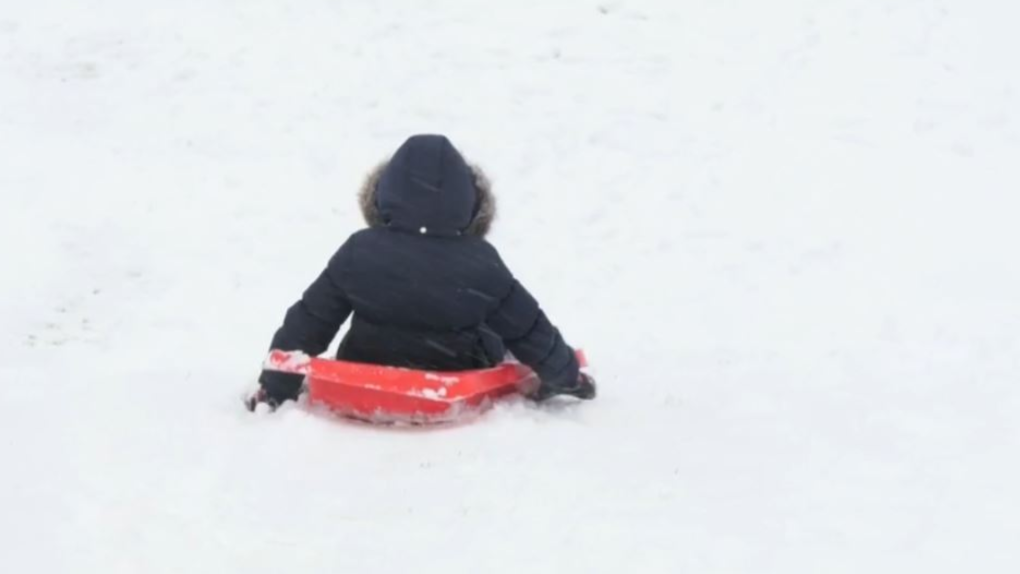 A child uses a toboggan down a hill covered in snow after a wintery storm hit Alberta. (CTV)

KITCHENER -- Waterloo Region's municipalities announced Friday that they will be adjusting their operations amid the provincial stay-at-home order, but several outdoor recreation activities won't be affected.

According to a joint news release, public parks, playgrounds, trails and toboggan hills will remain open to the public. Exercise is considered essential under the order, though the Ontario government is asking residents to stay home whenever possible.

Municipal officials ask residents to avoid crowded parking lots and to use nearby parks and amenities for physical activity.

Outdoor rinks will also stay open, the news release said, as will tobogganing hills. Users of either amenity are asked to wear face coverings.

Rink capacity will be limited to reduce the number of people using them at once.

Police and bylaw officers are able to enforce the rules of the stay-at-home order, which states that people can only leave home for essential reasons.

The region says that officers can disperse crowds or issue tickets for indoor gatherings and outdoor gatherings of more than five people who don't live together.

They can also issue tickets to people who refuse to wear a face covering where it's required, disperse crowds of more than five people and close businesses that aren't in compliance.

Failing to comply can lead to a $750 fine. Obstructing someone from performing their duty can net a fine of up to $10,000.

Despite the enforcement rules, Police Chief Bryan Larkin said Thursday that enforcement is the last resort: police are focusing on engaging, explaining and educating first.

Police officers are also not allowed to randomly stop cars or people to ask whether someone is travelling for an essential purpose. If officers stop someone for another offence, however, they can ask. 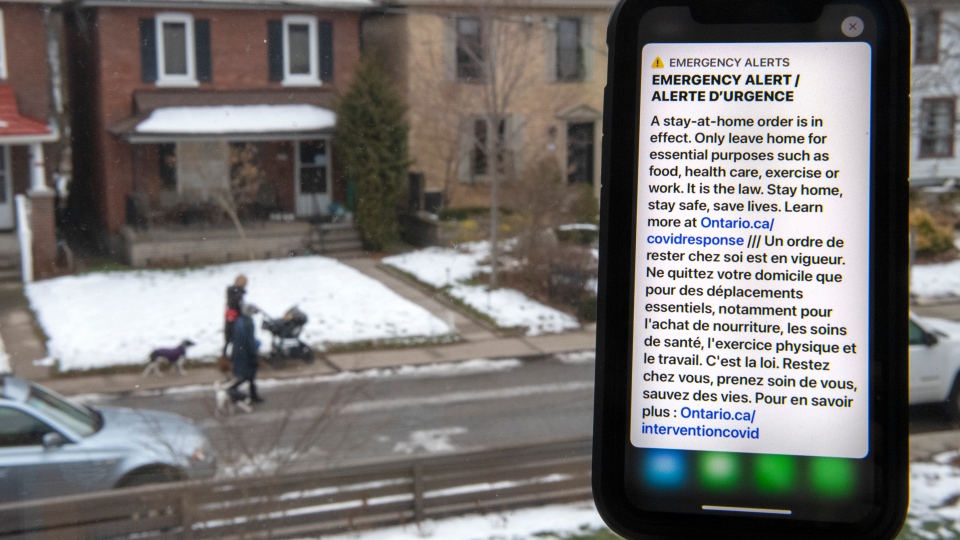 The provincial stay at home emergency alert broadcast is displayed on a cellphone in Toronto on Thursday January 14, 2021. THE CANADIAN PRESS/Frank Gunn