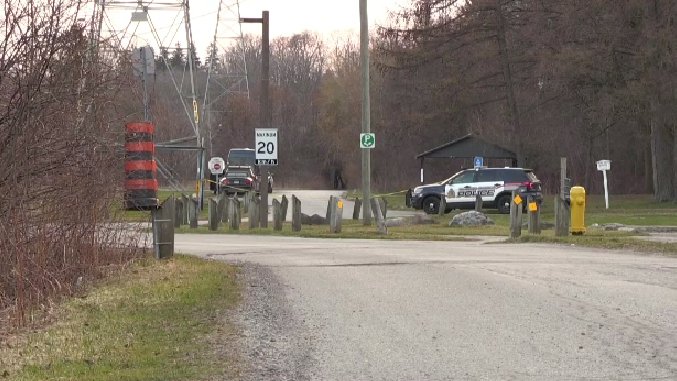 Human remains have been found in the area of Riverside Park in Cambridge. (Apr. 4, 2020)

KITCHENER -- Police say they will remain at the location where human remains were found in Cambridge until at least Monday.

The remains were discovered in the area of Riverside Park just before 4:20 p.m. Saturday.

Police have not released any details about who was found or their manner of death, only saying that it is not considered suspicious.

The public is also being warned that they should expect a large police presence in the area throughout the day Sunday and into Monday.

They are asking everyone to avoid the area around Riverside Park while they investigate.