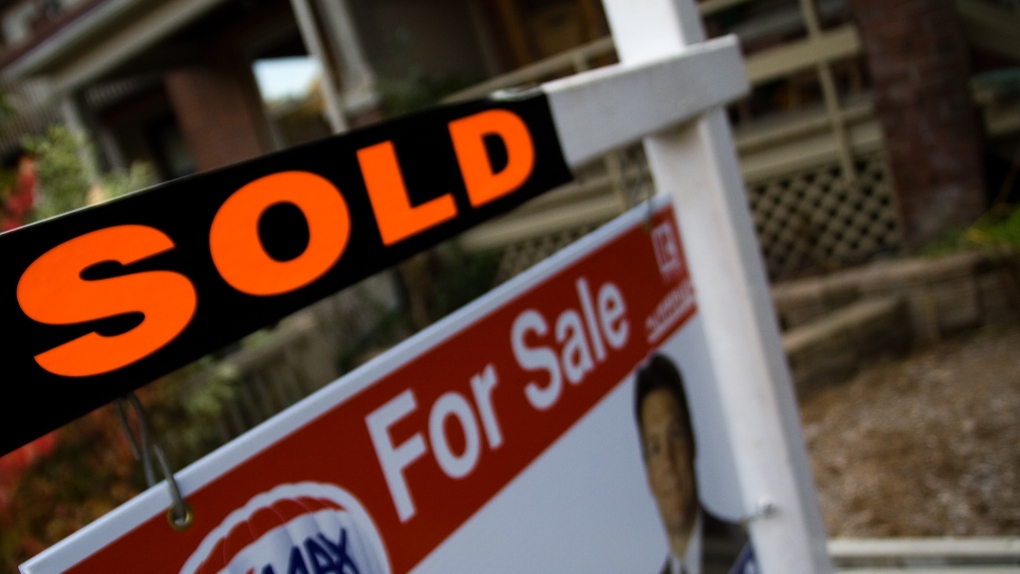 A for sale sign sits on the lawn of a house in Toronto in this undated file photo. (Maurice Cacho/CTV News)

In November, 453 homes were sold through the Multiple Listing Service (MLS) System. That’s a decrease of 43.7 per cent compared to the same time last year, and 34.2 per cent below the five-year average for the month.

According to WRAR, 280 detached homes, 78 townhouses, 58 condominium units and 37 semi-detached homes were sold in November.

“Homes sales continued to decrease in November, as they traditionally do at this time of year,” said Megan Bell, the president of WRAR, in a press release. “At the same time, we know ever-increasing homeownership costs are contributing to the decline and putting downward pressure on sales prices which have plateaued since July.”

The average sale price for all residential properties in November was $736,024.

The Waterloo Region Association of Realtors said that represents a 10.4 per cent decrease from November 2021.

Here’s a breakdown of the numbers:

“The Waterloo Region market has been moving towards more of a balanced market throughout the latter part of the year, and November followed that trend,” explained Bell in the release. “We have a long way to go before the pendulum swings into it being a buyer’s market. However, if the Bank of Canada yet again raises its key interest rate on December 7, it is likely to result in fewer buyers competing for more inventory.”

Forecasters are expecting the central bank to raise it by a quarter or half a percentage point next week.

It would be the sixth consecutive time the Bank of Canada has increased the key interest rate since March.

“We are getting closer to the end of this tightening phase but we’re not there yet,” said Tiff Macklem, governor for the Bank of Canada, in October.

Wine lovers have growing options on the shelf to enjoy their favourite beverage as producers in B.C. offer smaller container sizes.

Canada has sent one of its military planes to Haiti to help the country cope with escalating violence. A joint statement today from National Defence Minister Anita Anand and Foreign Affairs Minister Melanie Joly says Canada has deployed a CP-140 Aurora aircraft to help 'disrupt the activities of gangs' in Haiti.

On Tuesday in Ottawa, Canada's 13 premiers and Prime Minister Justin Trudeau will sit around the same table in person for the first time since COVID-19 hoping to find a path toward a new long-term health-care funding deal.