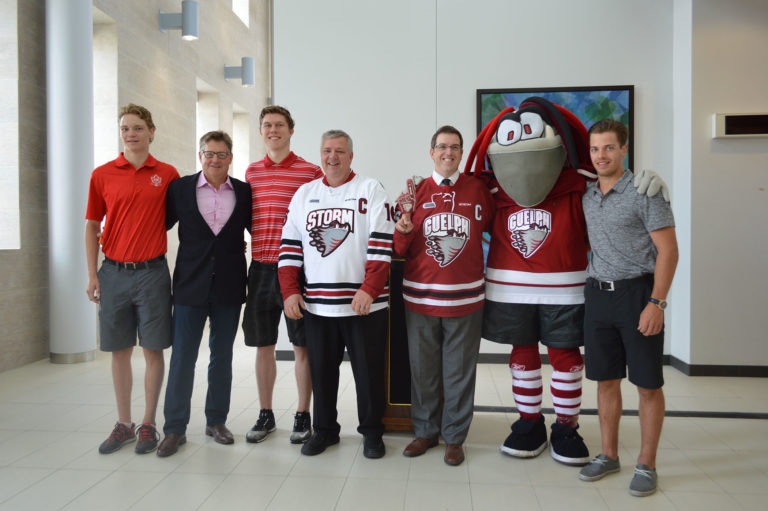 Dignitaries celebrate the signing of a 10-year deal to keep the Guelph Storm in Guelph on Friday, July 22, 2016. (City of Guelph)

A new agreement announced Friday will keep the Guelph Storm in the Royal City for the next 10 years.

“We are thrilled to have extended our relationship for at last another decade as our gifted young men attempt to bring another championship to our great city,” Storm governor Rick Gaetz said in a press release.

According to the release, the Storm have raised or donated $3 million to local not-for-profit organizations.