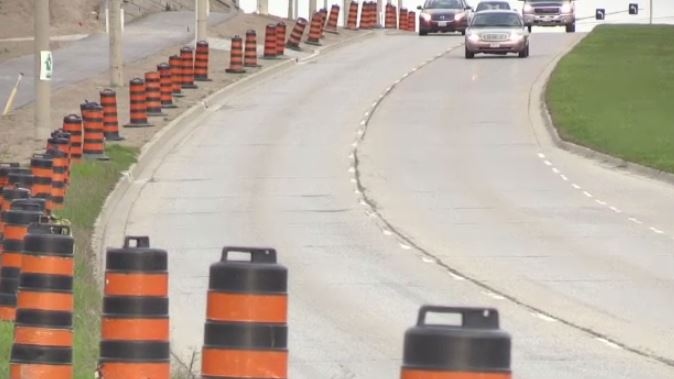 KITCHENER -- Despite numerous workplace restrictions due to COVID-19, the Region of Waterloo says all 46 of its major construction and road projects slated for 2020 will go ahead as planned.

In early April, the Province of Ontario classified the construction of roads, water mains, sewers and other municipal services as essential.

Regional officials say the work will be carried out with the health and well-being of the public, construction workers and staff as a priority.

"With the economy being hurt really badly I think there is a reason also to continue with the construction in order to maintain those jobs and maintain the economic activity associated with construction,” said Galloway.

Galloway says theprovincial emergency order that shutdown many businesses created a lot of uncertainty on how to safely proceed with municipal construction.

The Region says the onus to ensure worker safety will be left squarely to contractors who won their respective tenders.

Galloway added that due to social distancing protocols, some completion dates might be extended.

"Things might go a little bit slower, because they might not be able to have the same amount of man power on site doing that particular function, but generally speaking it appears they will be maintaining the timelines,” said Galloway.

He also notes next year’s construction schedule could look a lot different, as the Region will be in a much tougher economic situation.

Due to COVID-19 the Region is losing roughly $4 million a month.

“Over $2 million is loss of transit revenue, the Region of course has responded and we agreed to a lot of mitigation measures we have over 400 staff half unfortunately on layoff,” said Galloway.

That will still leave a $2 million a month shortfall, and likely could lead to far fewer construction projects in 2021.