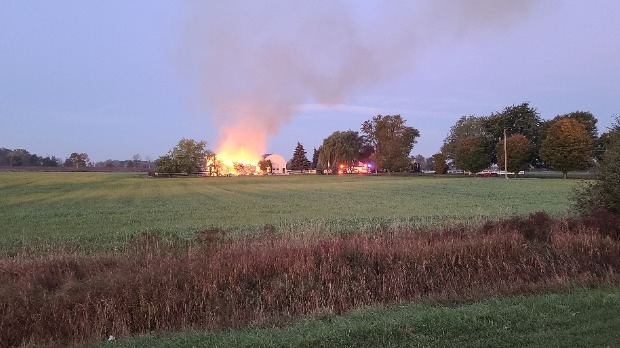 A large ball of flames could be seen from the highway in Brant County as a fire ripped through a barn on Tuesday morning.

Three stations were called to the scene. Two from Brant County. The other from Ayr.

Brant County Fire says the barn was already flat when they arrived.

In a tweet OPP say the structure was empty, and no injuries were reported.