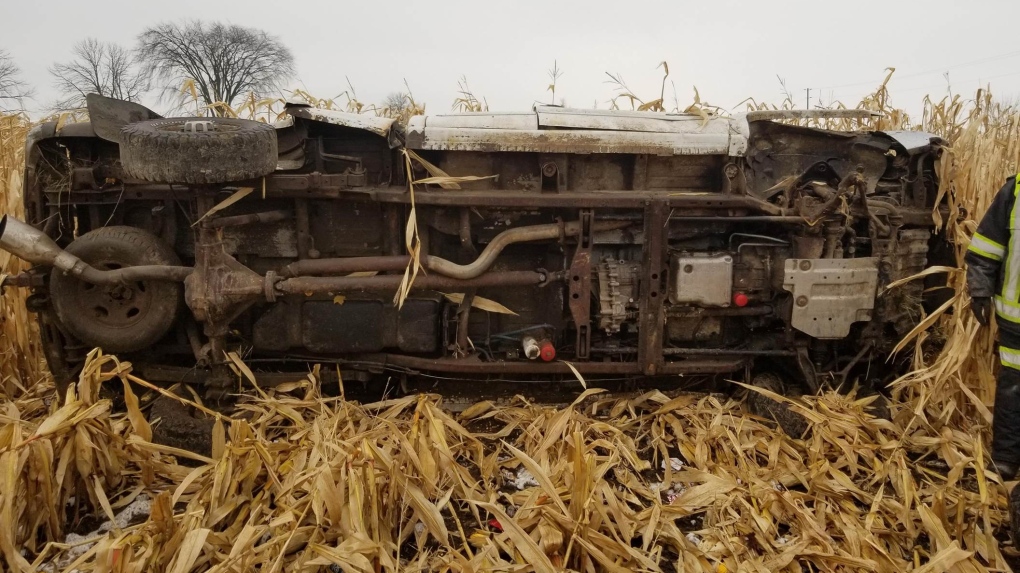 WEST PERTH -- A single-vehicle crash in West Perth caused a pickup truck to roll into a corn field on Sunday morning.

Perth OPP were called around 7 a.m. when someone noticed the truck on its side on Perth Road 180 north of Dublin.

Police located the driver at their home a short time later.

The driver did not disclose any injuries, other than to say their right ankle felt sprained, according to OPP.

The identity of the driver has not been released.

An investigation is ongoing to determine the cause of the crash.