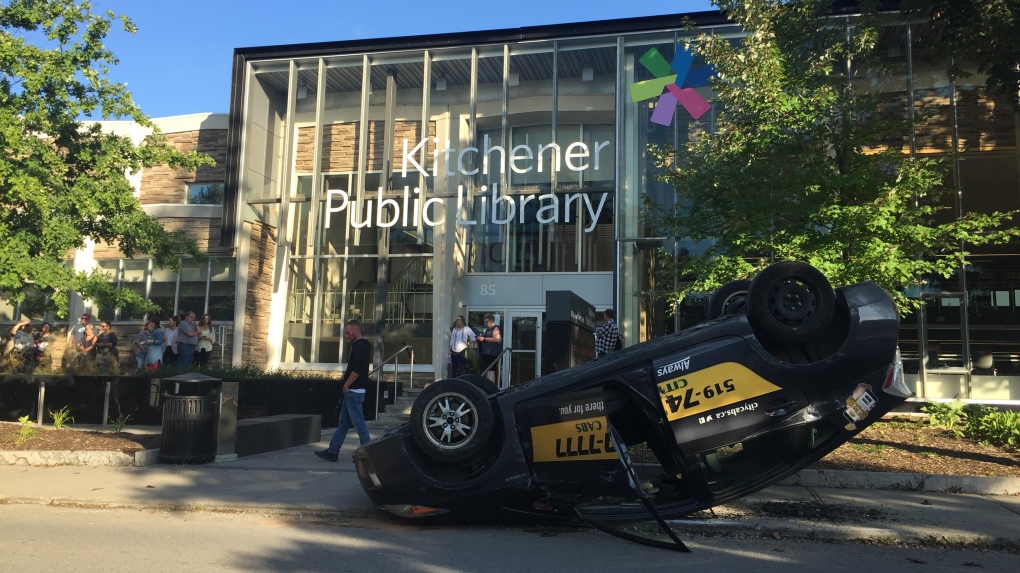 A cab can be seen on its roof just steps from the entrance to the Kitchener Public Library. (Matt Ethier/CTV Kitchener) (Sept. 17, 2019)

KITCHENER - Kitchener Public Library officials say the facility was evacuated following a crash that flipped a vehicle outside its building.

Regional Police were called to the incident on Queen Street around 5:30 p.m. on Tuesday.

A cab ended on its roof just steps away from the library’s entrance after the crash.

Police say that the other driver, a 78-year-old man, has been charged with turning not in safety. He was not identified.

The driver of the taxi suffered minor injuries, and no others were reported.

City Cab officials say there was no passenger in the taxi at the time.

Library officials say the evacuation lasted 20 minutes and was a precautionary measure. Staff was allowed back inside shortly after.

A 6 p.m. event at the library was expected to go ahead as planned.

Queen Street was closed from Roy to Ahrens Streets while police investigated.

This is an updated story. The original described the crash as a rollover when, in fact, the car ended up on its roof as the result of a two-vehicle crash.