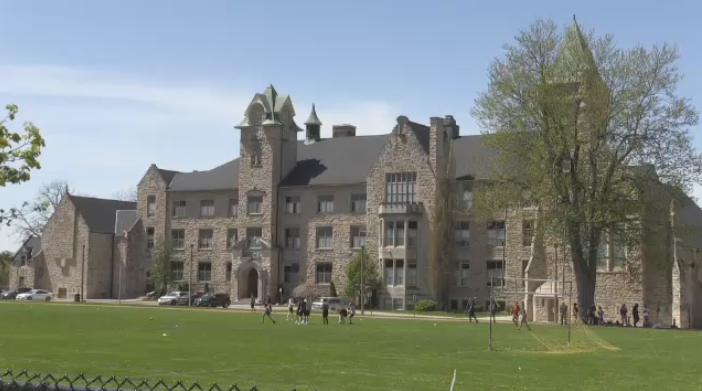 Galt Collegiate Institute is pictured on May 12, 2022. (Chris Thomson)

A 14-year-old boy is facing assault charges after he allegedly sprayed three people with a "substance from an aerosol can" at a Cambridge high school.

On Thursday, officers with the Waterloo Regional Police Service were called to Galt Collegiate Institute around 9:35 a.m.

In a media release, they said the three people were sprayed on school grounds. They did not indicate if the victims were students or adults.

All three received medical treatment from paramedics at the scene, and their injuries were described as non-life threatening.

Police said the person responsible fled the area and they believed it was a targeted incident.

Galt Collegiate Institute was placed in hold and secure while police were investigating.

Police said they arrested the 14-year-old Kitchener boy on Friday. He's been charged with three counts of assault with a weapon.