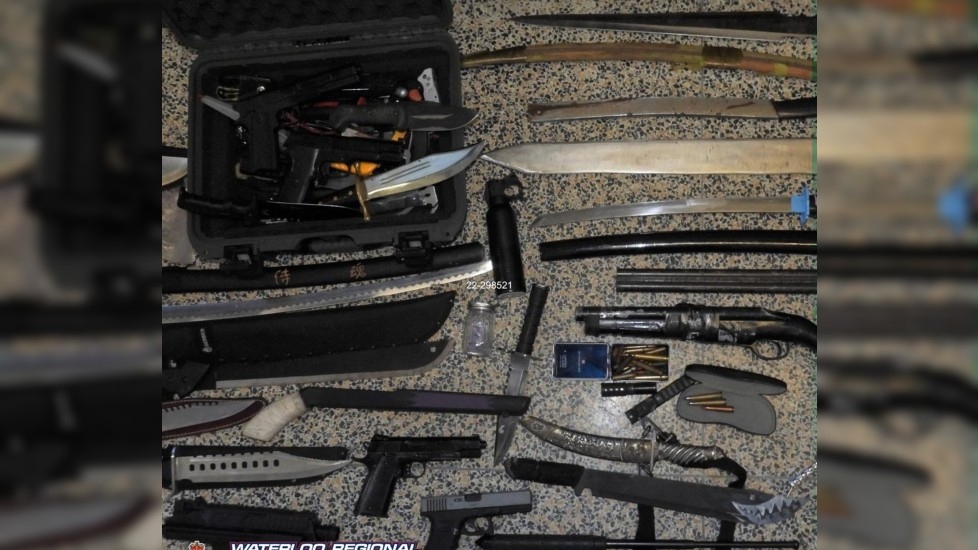 The cache of weapons seized by Waterloo regional police. (WRPS)

Waterloo region police have arrested two people and seized multiple weapons, including a sawed-off shotgun, after completing a search warrant in Waterloo.

A photo of the items shows multiple bladed weapons were also seized.

As a result, a 31-year-old man and a 20-year-old woman are facing multiple firearms-related charges.