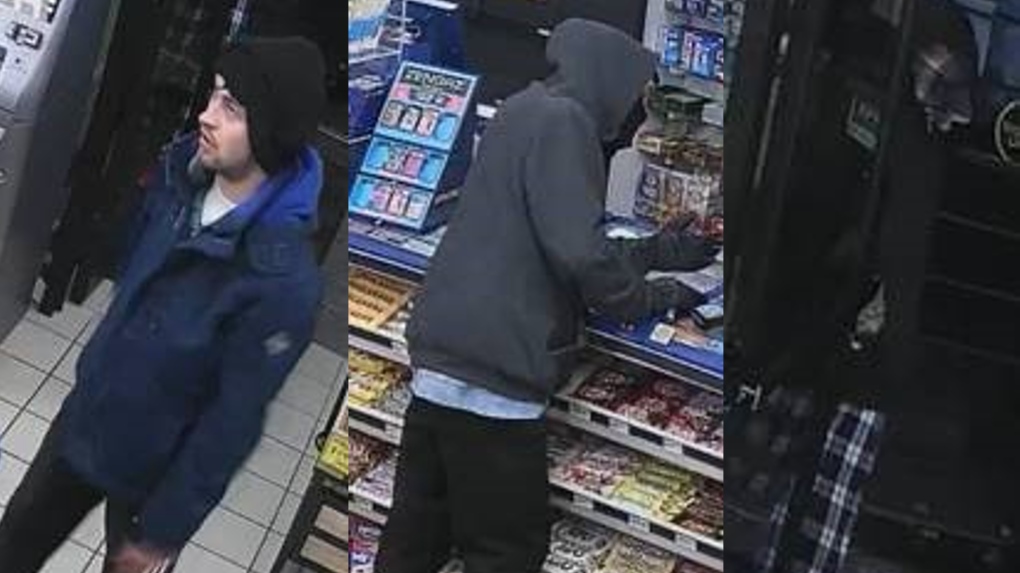 Waterloo regional police have released photos of three individuals they would like to speak to in connection to a weekend robbery in Kitchener.

On Sunday, police received a report of a robbery at a business in the area of Lorraine Avenue and Heritage Drive in Kitchener.

“Three unknown suspects entered the business brandishing a knife and stole an undisclosed amount of cash before fleeing the area on foot,” police said on Sunday. “There were no physical injuries reported as a result of this incident.”