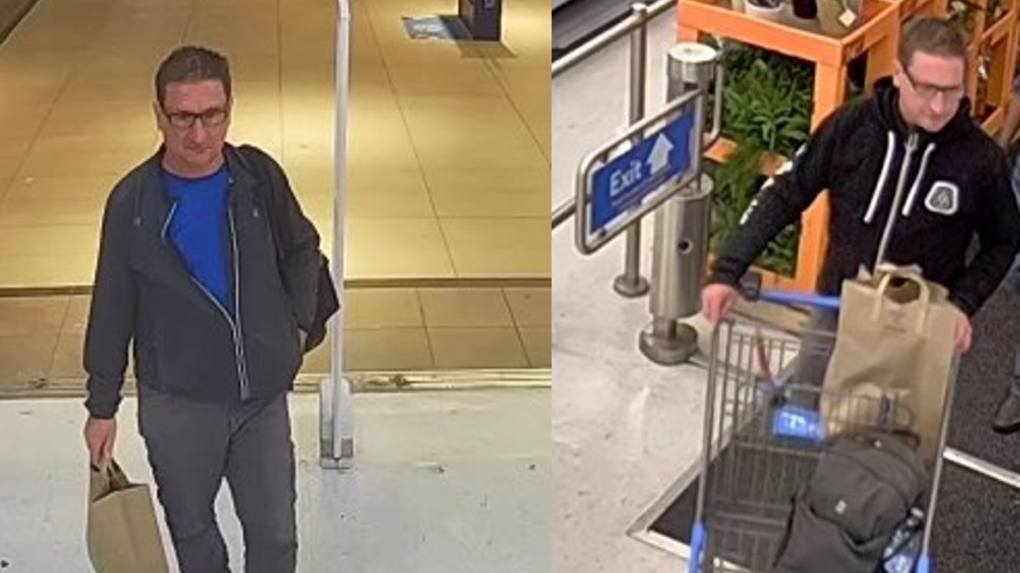 WRPS looking to identify the individual in the photos. (Submitted/WRPS)

Waterloo regional police have released photos of an individual they are looking to identify following an assault at a Kitchener business.

According to a news release, two men were leaving a store at Fairview Park Mall on Oct. 5, when an unknown man approached them. Police said the man was aggressive and began yelling racial comments at the victims. The suspect then head-butted one of the victims and threatened the other.

We are continuing to investigate an assault that occurred at Fairview Park Mall.

Investigators are seeking the public's assistance in identifying the individual in the photos.

Call police or @WaterlooCrime with any info.