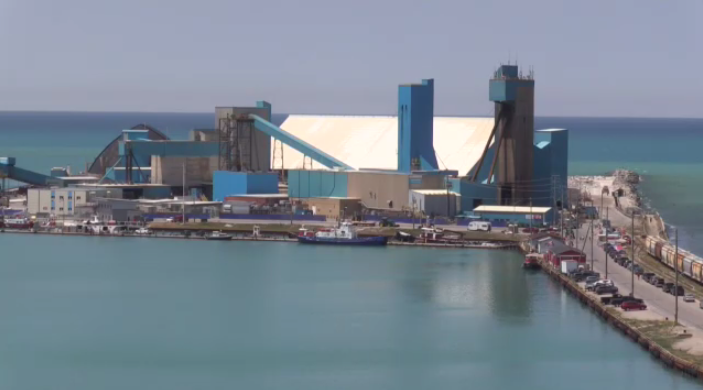 Workers at the Goderich salt mine will vote on a tentative agreement on Monday.

Workers at the salt mine in Goderich voted in favour of a new three-year contract on Monday after nearly 80 days on the picket line.

They will return to work on Wednesday.

The deal between Unifor Local 16-0 and Compass Minerals was reached on Saturday after 12 weeks of strike action.

It includes guaranteed raises through 2020, and maintaining previous pension and benefits, according to Unifor's website.

According to the company, the tentative agreement also includes a new shift rotation, and no mandatory overtime.

Two weeks ago, the workers had placed a blockade of wooden pallets at the mine’s entrance after they allege the company was bringing in out-of-province replacement workers.

Compass Minerals had initially threatened legal action however the two sides returned to the bargaining table on Thursday.

More than 340 miners, electricians and hourly employees have been on the picket line since April 27.