Woman transported to hospital after crash on Hwy 401 in Cambridge

Woman transported to hospital after crash on Hwy 401 in Cambridge 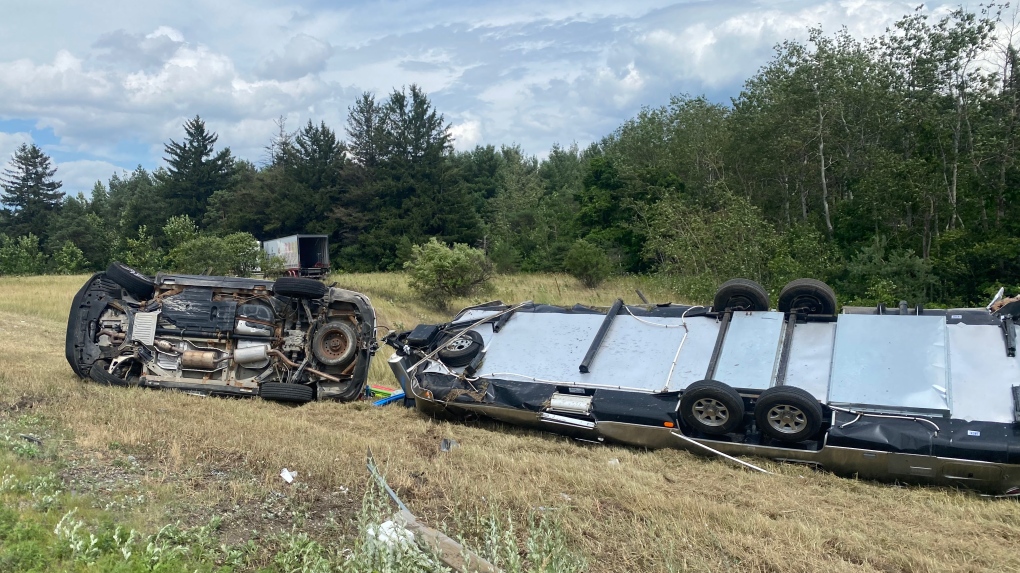 A woman has been transported to hospital after an SUV pulling a camper lost control and rolled on Highway 401 eastbound near Homer Watson Boulevard in Cambridge.

In a tweet, OPP said a family of five was inside the SUV at the time of the collision that also involved a delivery truck. The driver of the truck – which was seen upside down in a photo posted by police – was uninjured.

Police are warning drivers to expect heavy delays in the area.

SUV pulling a camper lost control and rolled #Hwy401/Homer Watson EB. Family of 5 in the SUV, female adult transported to hospital. Driver of delivery truck uninjured. Only one lane getting by right now. Heavy delays in the area. #CambridgeOPP pic.twitter.com/nZ5xABGP86