Woman struck by flying wheel dies of her injuries 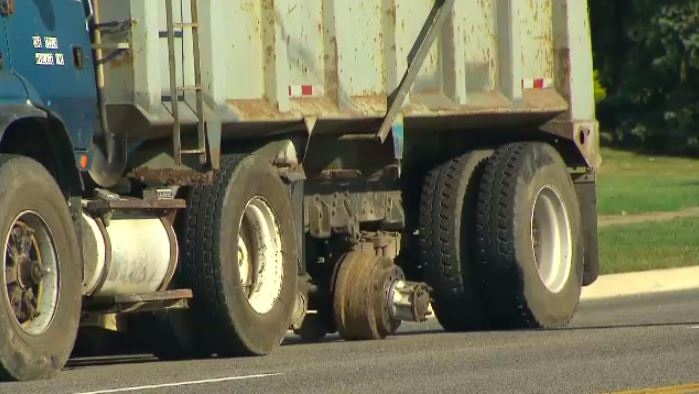 A woman who was struck by a wheel that flew off a dump truck in Mississauga on Friday morning has died, according to police.

Peel police said the woman was walking along Meadowvale Boulevard, near Derry and Mississauga Rds, at approximately 7:30 a.m. on Friday, when she was struck by one of two wheels that came off a passing dump truck.

She was rushed to hospital but succumbed to her injuries

The woman has been identified by co-workers at Mary Kay Cosmetics as 47-year-old Diane Tsialtas.

Police told reporters the truck wheel had separated from the dump truck's axle then struck the woman in the head.

Peel police say no charges have been laid.