Woman seen being 'forced into a vehicle' in Cambridge: police 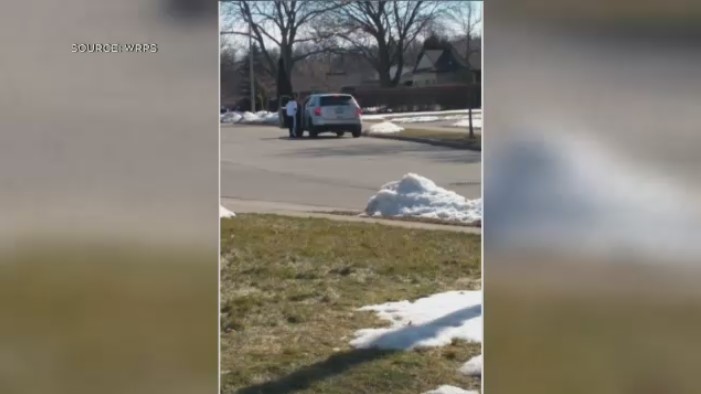 WRPS have released photos as they investigate reports of a woman being forced into a car in Cambridge on March 5.

KITCHENER -- Waterloo Regional Police have released photos as they investigate reports of a young woman being forced into a car in Cambridge earlier this month.

Officers responded to the area of Rose Street and Homuth Avenue on March 5 following reports of a female pedestrian seen arguing with two people near a silver Ford Edge SUV.

Police say it appears the woman was then forced into the vehicle.

Continuing to investigate a report of a disturbance that occurred on March 5, 2020, in the area of Rose Street in Cambridge. Seeking the public’s assistance to identify the vehicle and individuals involved. Call police or @WaterlooCrime with info. More: https://t.co/n58h8iHQCC pic.twitter.com/nPPeeB1I16

The man driving the vehicle is described as 30 yearsold with a medium build, wearing a grey jacket.

A woman that police say was a passenger in the SUV is described as 30 years old, with brown hair and a thin build. Police say she was wearing a white sweater and black pants with white stripes.

The female pedestrian is described as around 18 or 19, standing about five feet two with a thin build and short brown hair.

She was wearing black pants and a yellow jacket at the time of the incident.

They are asking for anyone who recognizes the SUV or the people involved in this incident to contact police of Crime Stoppers.