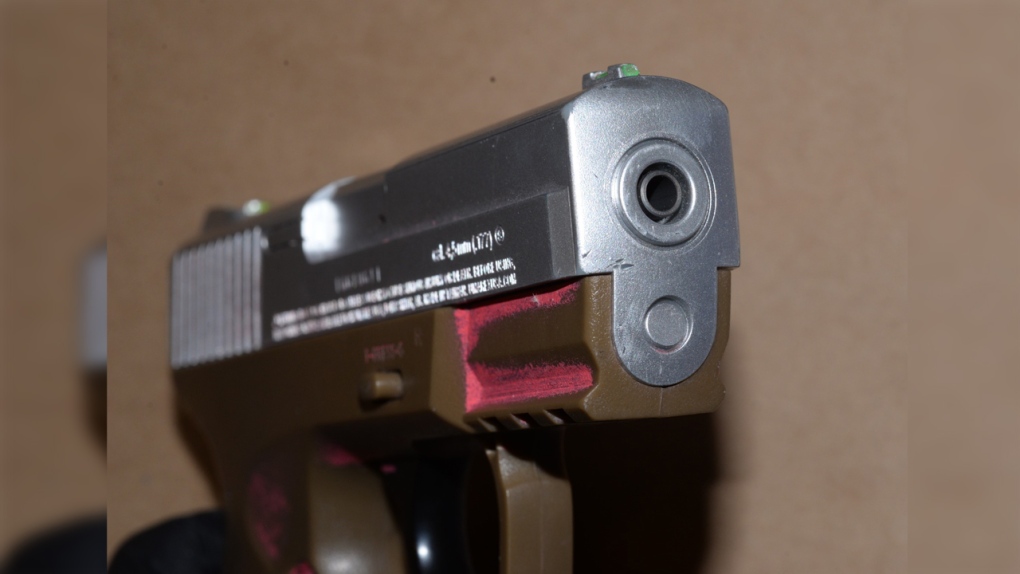 A picture of a modified pellet gun is seen here. (Source: @gpsmedia)

KITCHENER -- Police charged a woman with carrying a concealed weapon after an incident in Guelph’s downtown core Thursday afternoon.

Guelph police say they received a call just before 2 p.m. from someone who said they saw a woman with a gun near the transit terminal on Carden Street.

When officers arrived to the area a minute later, the woman attempted to flee on foot, but was stopped a short distance away.

Police say due to concern for public safety, and belief the woman was armed, they initiated a gunpoint arrest. During the arrest the woman reached into her waistband, removing what appeared to be a brown and silver handgun and throwing it to her side.

Officers recovered a pellet gun, which had been modified to look like a Smith and Wesson handgun.

As a result, a 24-year-old Guelph woman has been charged with carrying a concealed weapon, as well as breaching a judicial release order by possessing a weapon and breach of probation.

She was held in custody for a bail hearing Friday.