Will Waterloo Region get a ‘White Christmas’? A meteorologist weighs in 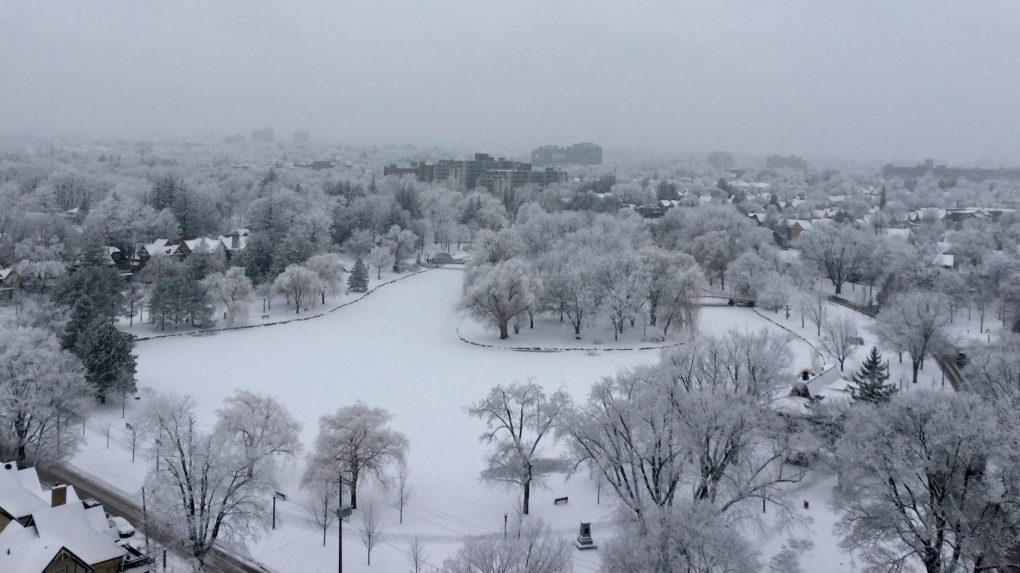 KITCHENER -- With less than one week until Christmas and recent lake-effect squalls dropping heavy snow in parts of Southern Ontario, many might wonder if it will it be a "White Christmas."

According to Environment Canada meteorologist Rob Kuhn a mild spell that is expected Sunday will be the deciding factor for Waterloo Region.

“I think we may lose almost all of our snow on the ground again later next week, near or just after Christmas Day.”

Following the drastic cold-spell with wind chill values reaching the -20’s in Southern Ontario, temperatures are expected to rise throughout the weekend.

“I do not see any major systems,” says Kuhn. “If we are lucky maybe a weak front early next week may bring a few flurries.”

So what’s considered a "White Christmas"?

Kuhn says it's “2.0 or more centimetres of snow on the ground at 7 a.m. on Christmas morning."

A "perfect Christmas" is the same as a "White Christmas" but with snow or flurries falling on the morning after Santa Claus has made his rounds.

Historically the chances of a "White Christmas" for Kitchener is about 55 per cent, using data dating back to 1994. Using data as far back as 1955 changes our chances to about 69 per cent.

“It looks like we're getting a more green Christmas Days over the last 25 or so years than before that.”

Compare that to Christmas 2017 which was perfect with light snowflakes about 20 centimetres of the white stuff on the ground.

Kuhn says the last green Christmas was in 2015. That day was a balmy 8.6 Celsius while temperatures from December 22th to the 24th were in the 12 to 15 Celsius range.

In terms of temperatures this year, Kuhn says “Christmas day looks to be a bit milder than average with daytime temperatures near freezing, and nighttime temperatures if we are lucky near -7 Celsius. There is a chance we could have afternoon highs in the low single digits on Christmas Day, depending on which wind direction wins out."

The snow belt regions including Grey Bruce and Huron Perth have already seen heavy accumulations with the lake-effect squalls off Lake Huron and Georgian Bay on Tuesday and Wednesday.

Kuhn says the chances of a "White Christmas" in Waterloo Region is 50 per cent, while Stratford Perth has about a 75 per cent chance. Grey Bruce will likely be white, with a 90 per cent chance of snow.