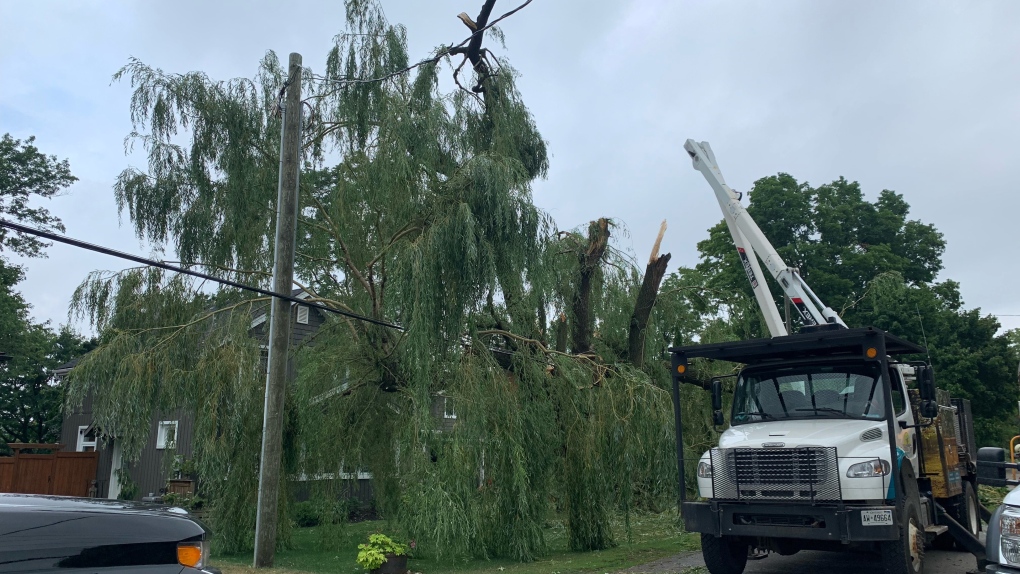 A tree fallen over onto hydro lines is seen in this undated photo.

Many Brantford residents and several schools lost power due to trees falling onto power lines.

Around 10 a.m. on Wednesday, Grandbridge Energy tweeted that they were aware of an outage affecting the Holmedale, Hardy Road, and Okay Park Road area.

Roughly half an hour later, they tweeted that they were working on a widespread outage in Brantford caused by fallen trees on power lines.

The board says schools remain open as crews work to restore power.

Brandford Haldimand Norfolk Catholic District School Board says a power and phone outage at Christ the King Catholic Elementary is expected to be fixed by 11:30 a.m.

Around 11, Grandbridge said all power had been restored to Brantford.

Environment Canada has issued a special weather statement for several southern Ontario communities, including Brant County, saying that winds up to 80 km/h were expected for Wednesday.