The rise in cases of Respiratory Syncytial Virus (RSV) in children is putting a strain on hospitals across the country including in Waterloo Region and it’s having a big impact on families looking for care.

Blakey said her son, Logan, has RSV and was admitted to the ICU at a Hamilton hospital Thursday after being transferred from Groves Memorial Community Hospital (GMCH) in Fergus, near their Ariss, Ont. home. 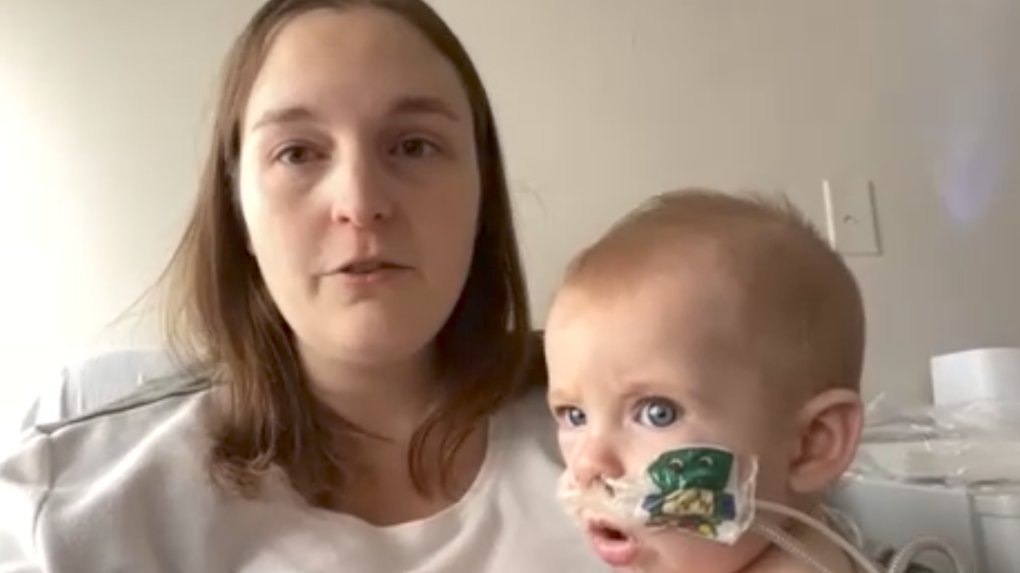 “Because we went to Fergus and they don’t have a pediatric ward there, they just started calling around. They called Guelph, Cambridge, Grand River – all those places first because they’re more local but nobody had beds,” said Blakey.

Blakey said she’s afraid of what the healthcare system might look like as respiratory illnesses continue to rise.

“We’re really only in mid-November, so what is to come? Cause the winter hasn’t even hit yet and this is the start of flu season so I just worry for the little ones,” said Blakey.

Meantime, her other son, four-year-old Mason, also has RSV but wasn’t able to get a bed at any southern Ontario hospital.

“They did try to look for rooms. They were going to send him to Hamilton which I thought was funny because we were already here but then somebody needed the room. They said the closest room would be in the states at that point,” said Blakey.

Blakey’s husband is taking care of Mason at home in Ariss, while she’s in Hamilton with Logan. She said the distance has been stressful.

“It’s just tough being away from each other and I’ve never been away from the other kids for this long,” said Blakey. “My husband and I are just so fed up right now, we want this to be over with.”

The president of GMCH, Angela Stanley said: “Any pediatric patient we see, requiring hospitalization would need to be transferred to a facility with the appropriate level of care available.”

“GMCH and North Wellington Healthcare are experiencing extremely high patient volumes at all three of our rural hospital sites. This includes an increase in pediatric respiratory illness presenting in our Emergency Departments,” said Stanley.

Hospitals in Waterloo region are operating at or over 100 per cent capacity amid rising cases of respiratory illnesses.

As of Tuesday afternoon, Grand River Hospital (GRH) in Kitchener said its inpatient children’s unit was at 125 per cent occupancy. The hospital said that numbers change throughout the day as patients leave the hospital and are admitted.

As of Oct. 14, the hospital said it has admitted 37 patients under the age of 17 who have tested positive for respiratory illnesses.

“Patients should continue to go to their closest emergency department for emergency care. In Waterloo Region, we suggest children come to Cambridge Memorial Hospital or Grand River Hospital, as these hospitals have children’s programs,” said a spokesperson for GRH in an email.

Dr. Nicola Mercer, the medical officer of health for Wellington-Dufferin-Guelph Public Health said without pediatric units in the area, local children will need to be sent elsewhere for care.

“If our children are very sick they would be transferred out of our hospitals locally to a specialized pediatric hospital and unfortunately, when hospitals are short on beds, sometimes children get transferred in the province where it’s quite far for parents to travel to,” Mercer said.

Hospital officials are urging residents to limit the spread of illnesses by being proactive and keeping up to date on vaccine and flu shots, wear a mask indoors, avoid large social gatherings, stay home if you are sick, and wash your hands often.