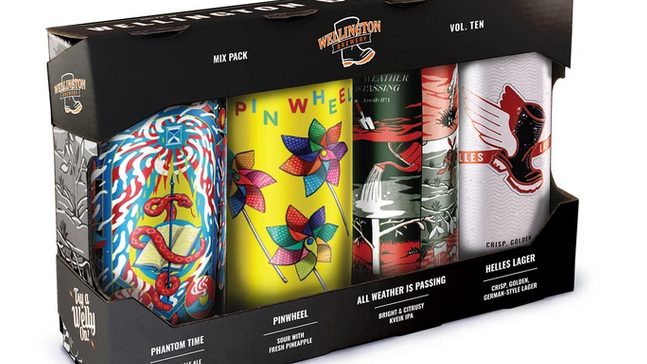 Wellington Brewery has issued a recall of its Pinwheel Pineapple Gose cans.

The Guelph company says they discovered a quality issue with the batch packaged on June 24, 2021, namely that the cans could leak or even possibly burst at higher temperatures. 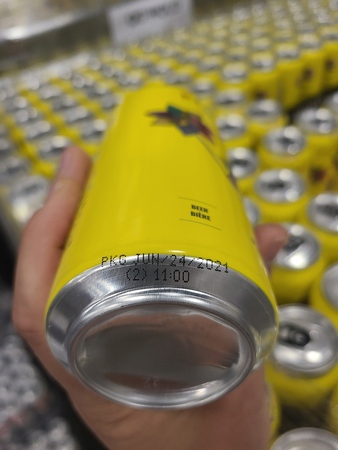 In a release, Wellington Brewery stated that during its routine quality control panel they discovered some of the cans had undergone secondary fermentation, "causing higher levels of CO2 in the cans which has resulted in higher than normal internal pressure."

That internal pressure, they say, could lead to "cans leaking, coming apart at the seal, or potentially bursting at higher temperatures."

However the beer itself will not cause harm if consumed.

They suggest refrigerating the beer cans until they can be safely disposed.

Wellington Brewery says in the release that they issued the recall "as a proactive step to ensure that we only have the best product for sale."

They go on to say: "From everyone here at the brewery, we'd like to apologize for this. We know you expect better from us and we will be reviewing our packaging and quality control procedures to ensure this does not happen again."

Germany's centre-left Social Democrats and outgoing Chancellor Angela Merkel 's centre-right bloc both laid claim Sunday to lead the country's next government, even as projections showed the long-time leader's party heading for its worst-ever result in a national election.

The Americans won back the Ryder Cup and perhaps a whole lot more Sunday, sending a strong message to Europe with a powerful performance from their youngest team in history.

Researchers from Rutgers University in New Jersey say smartphone sensor data combined with machine learning could detect whether someone is under the influence of cannabis.

Lines of mourners paid their respects Sunday for Gabby Petito, the 22-year-old whose death on a cross-country trip has sparked a manhunt for her boyfriend.