'We got our hopes up': Cambridge couple tricked into thinking their lost cat was found

UPDATE: Ozzy was thankfully found and safely returned to his owners. Read that story here.

A Cambridge couple, who lost their cat Ozzy, said they were tricked into believing he was found.

On May 22 the two-year-old Bengal cat snuck out of their home in the middle of the night.

"He's never been unsupervised outside," she explained. "He's always been with us and only in our backyard."

The couple noticed Ozzy was missing the following morning. They began canvassing the neighbourhood every day, putting up posters and asking for the public's help on social media groups.

"We are very worried because he does have a heart condition and he requires medicine," said Duxbury. "So it's even more nerve-wracking." 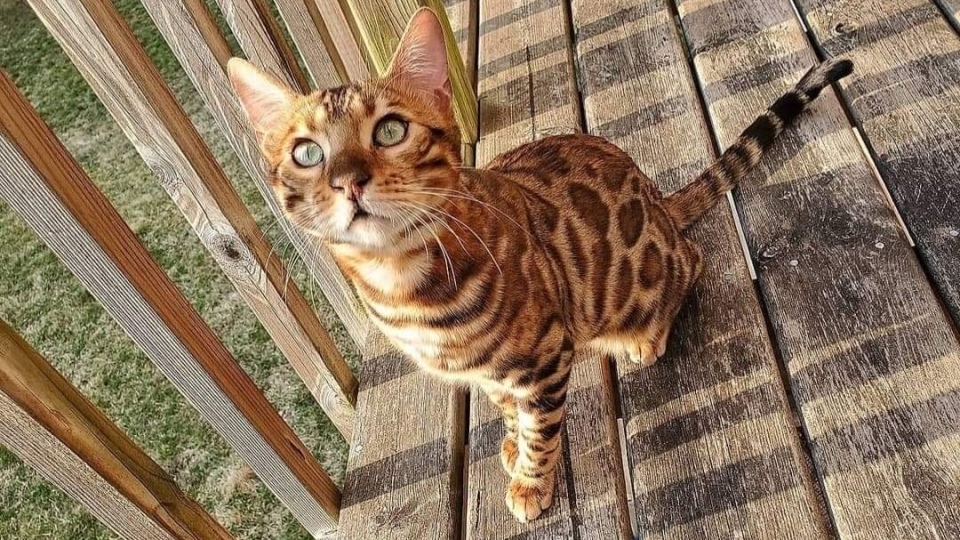 The couple were then contacted on Thursday by someone who said Ozzy had been found.

But the conversation turned sour after they demanded a cash reward and threatened to sell Ozzy if the couple didn't pay up.

"We said we'd give him a reward if he can give us proof that he does have our cat," said Casella. "He still wouldn't. It was really sad and heartbreaking because we got our hopes up."

That's when the person told the couple to "go away" and then stopped replying to their messages. 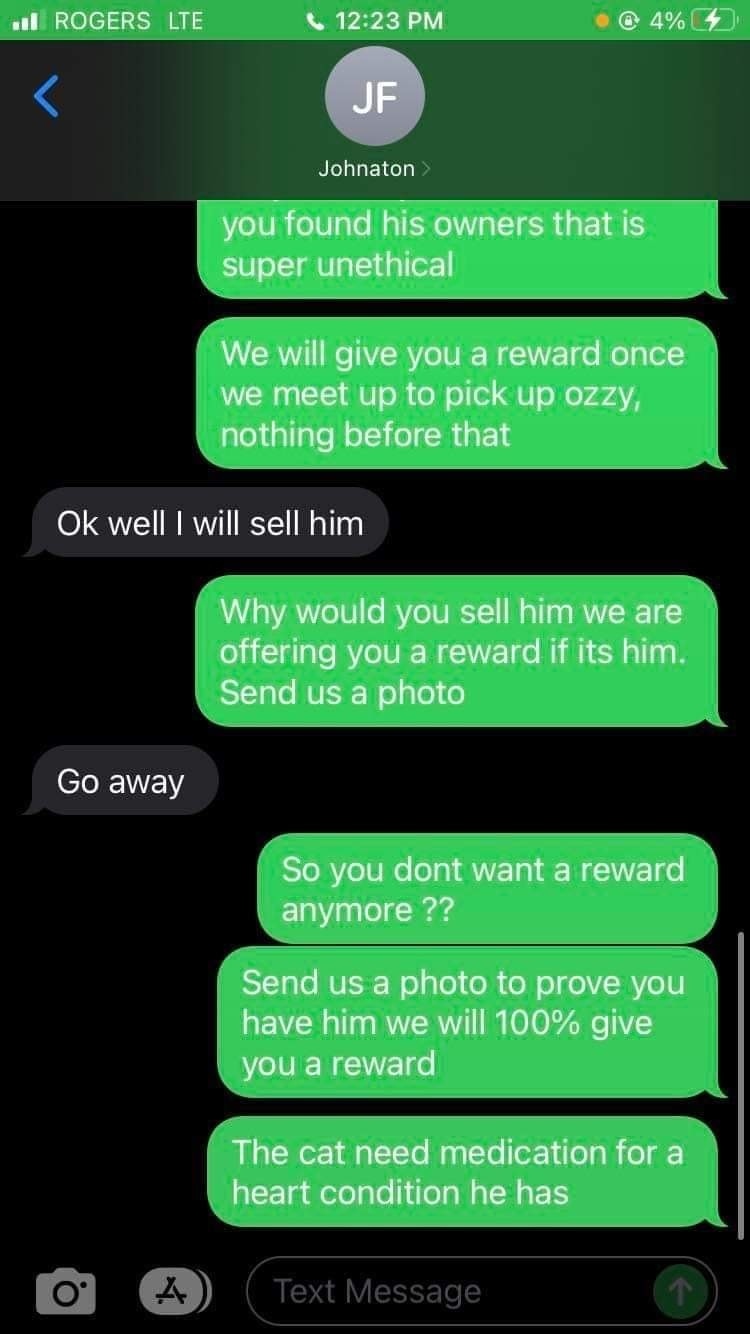 They realized that they were misled and Ozzy was still missing.

"I was pretty disappointed that a human could do that to somebody that is grieving their missing pet," said Duxbury. "I just felt sick to my stomach."

The couple then reported the incident to the Canadian Anti-Fraud Centre.

Vanessa Iafolla, an anti-fraud consultant, said the couple did the right thing by not paying out the reward.

"Don't give anybody any money unless you are 100 per cent certain of what it is that you are getting and why you're giving them money."

Casella and Duxbury said they'll continue to search for Ozzy. Since he's been microchipped, they're hoping the person who finds him will turn Ozzy over to their local humane society or reached out to them directly.