WCDSB votes to make masks mandatory for all students 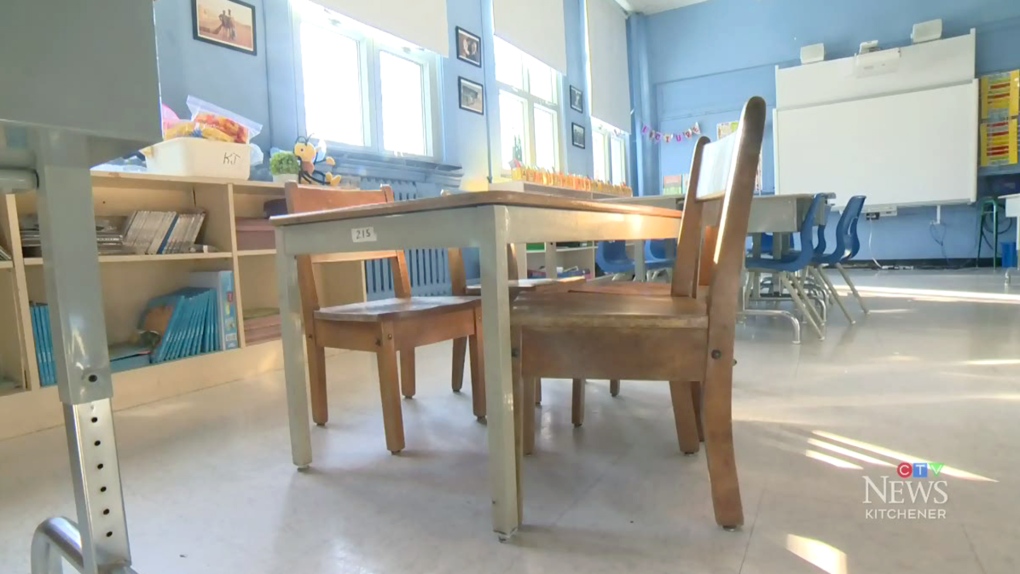 KITCHENER -- The Waterloo Catholic District School Board will require all students to wear masks when they return to school in September.

During a board meeting Monday night, trustees voted in favour of a motion which will see masks required for students in kindergarten to grade 12.

Previously, students from kindergarten to Grade 3 were exempt.

Trustees also heard Monday night that the board's attendance survey results which revealed that 87 per cent of students have opted to return to schools for face-to-face learning, while 13 per cent intend to take part in virtual learning.

The school board trustees plan to send a letter to Education Minister Stephen Lecce to ask for more funding to reduce risk heading back to school.

"Everything we're asking it's about, we certainly are doing everything we can for health and safety," said Bill Conway, chair of the WCDSB. "But it's about if there's any opportunities or seeing how we can further reduce the risk of spread."

Conway said the board has several concerns, including class sizes. A report from Sick Kids suggested elementary school classes should be capped at 15 students, but Conway expects classes will be larger than that.

"We're certainly not in that range, because there's just not the funding or the facilities, or the teachers for that matter to support that," he said.

Classes will likely be below 30 students, Conway said. The board is asking the province for more money to help reduce the class sizes.

He said another area of concern is the number of students travelling on buses. The board would like the province to help offset the cost of adding more buses to the fleet.

The school board is also looking at trying to reduce the number of contact points for teachers who may be interacting with multiple classes.

The final ask in the letter is for help paying for personal protective equipment in schools. Conway said the board budgeted for about $1 million, but is now expecting a $2.8-million shortfall. If the provincial government isn't able to make up that money, Conway said the board would need to dip into its reserve funds.

Conway said the WCDSB will reach out to Lecce and local MPPs about the board's concerns.