“I thought it was just going to be for fun, a little casual thing to get some exercise,” the young Waterloo cyclist said of his career. “But I am really happy with where it’s gone.”

After impressive result at nationals, Powell is one of five who will represent Canada in Israel this August at the 2022 World Junior Cycling Championships.

The team of five he will be competing with consists of four junior cyclists from Ontario.

KW Cycling Academy head coach and President Rob Good is very impressed with how quickly Powell has risen to the top of his game.

“There are only two Ontario riders that are 17-years-old, going to junior worlds.” 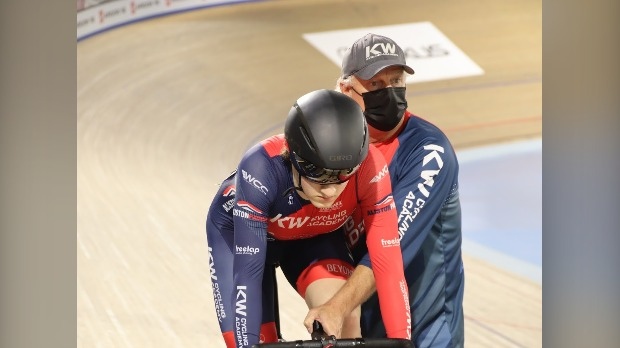 Ethan Powell appears with his coach on the cycling track. (Submitted/Beatrice Powell)

Powell’s not the only local name making recent cycling headlines.

Good says Baden's Tyler Rorke and Kitchener's Chris Ernst will be competing for Canada this week at the Nations Cup, being help at the Milton velodrome.

Both are graduates of the KW Cycling Academy and are now training with the national team.

“This will be my fourth Nations Cup,” Ernst said, adding that it’s a points qualifier for worlds.

“My first one was in 2018 but because of Covid and bunch of restrictions I haven't had a lot of opportunities to race on the track internationally,” Ernst said. 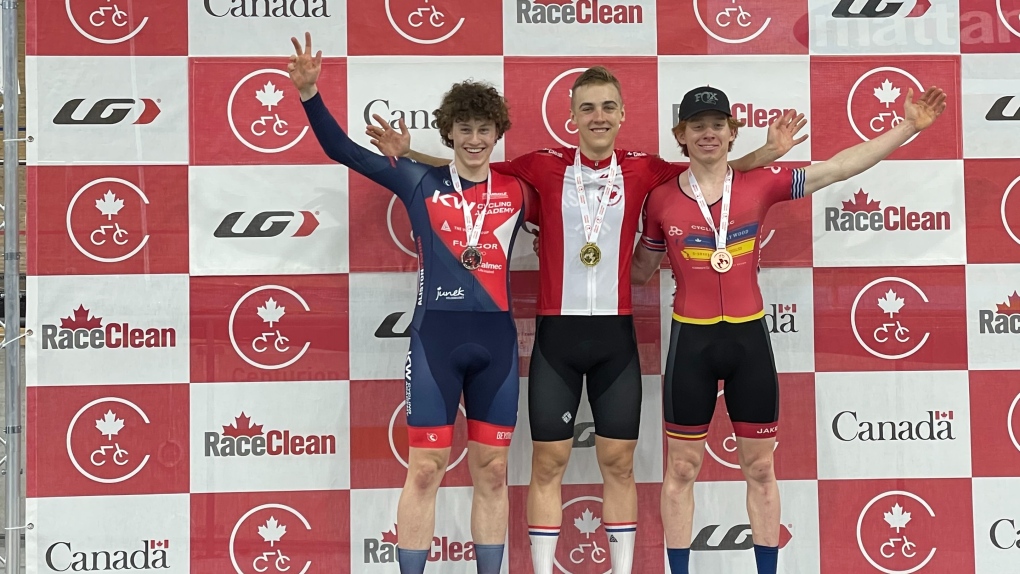 Although the pandemic interrupted some competition, Good believes it did help increase the sports popularity.

“COVID was terrible, but it helped cycling because it was an activity we could do outside,” Good said.

He added that to have three local names who all started at the KW Cycling Academy make it to the world stage in the same season is rare.

“In hockey terms, it would be like Elmira putting four athletes on the junior national team,” Good said.

“We're not really known as cycling enthusiasts, back in K-W. We're normally known for hockey or basketball with Jamal Murray,” Ernst added. 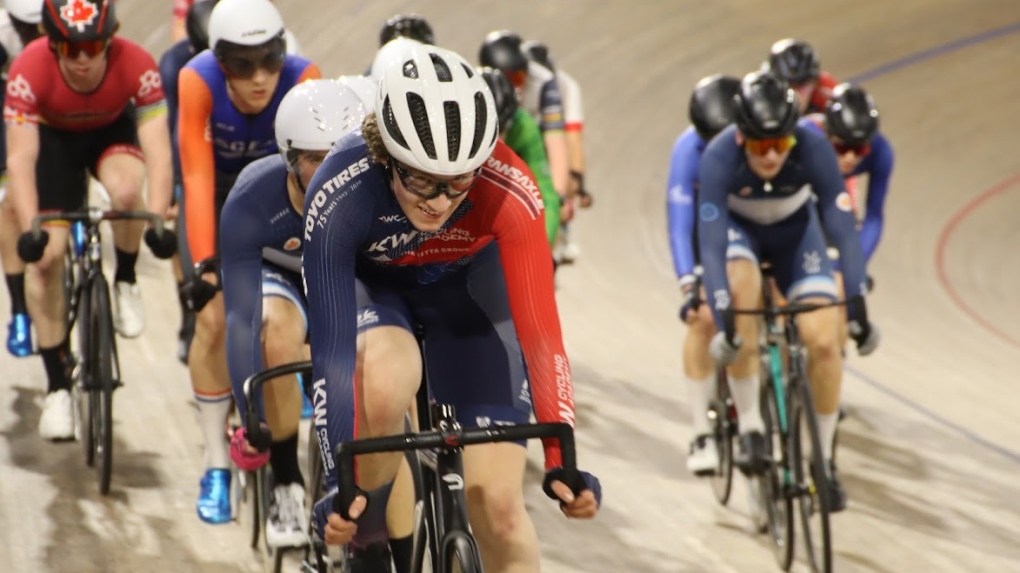 Powell, who played a lot of basketball before starting to cycle, is a student at Resurrection Catholic Secondary School in Waterloo. He admits he’s never travelled outside of North America before, but says sight seeing won’t be his first priority while he’s at championship.

“Maybe a little bit after worlds, but I am mostly focused on the racing,” Powell said.

He credits his quick success to the club.

“I think it’s the club and the environment we have around us,” Powell said.

“My coach is top notch,” he added. “[He’s] always encouraging me, always making sure I am on top of the training and its also the hard work, you've got to put in a ton of hard work to be this good.”

“We've got a lot of kids that have come through the pipeline that over the next two or three years are going to be just as good as Ethan or maybe better if the stars align,” Good said.