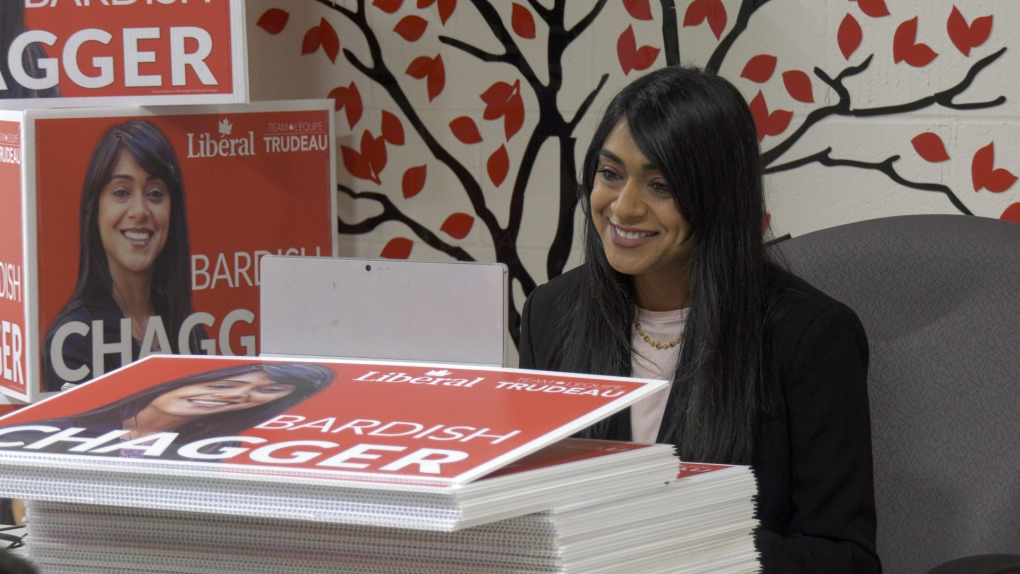 Liberal incumbent Bardish Chagger has been declared the winner of the Waterloo riding by CTV News’ Decision Desk.

“This is a tremendous community to be able to represent,” Chagger said.

She said it was important for Canadians to have a say in this year’s election.

“This election was really about a mandate. Where do Canadians want to go? Does the environment matter? Do social programs matter? Do infrastructure investments matter? And clearly, they do,” Chagger said.

Meghan Shannon with the Conservative Party came in second. The NDP’s Jonathan Cassels was in third place on Monday night.​