KITCHENER -- The Region of Waterloo has unveiled the design for a new multi-million dollar transit hub.

Officials said they hope the project will transform the way people see the region. 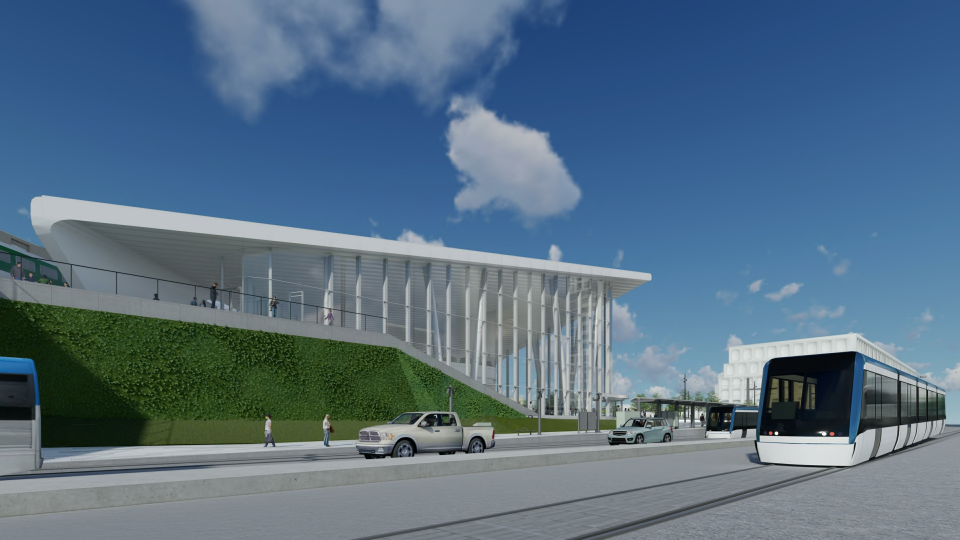 The site will be a one-stop-shop for GO and VIA rail services, the ION LRT and city buses, and will also have connections to multi-use trails.

"(The) first layer is functional layer, to make sure it all works well together, the next layer is what does the site say to you, what does the building say to you," project director Ellen McGaghey said. "Does it say that you have arrived at a significant place that's booming and doing well and has an economy that you might want to invest in."

The proposal has a modern design made mostly of glass for clear sight lines so travellers can see where they're going.

The province is giving the region $43 million for the hub, but it might not cover the full cost. If it costs more than that, the region said it will look to the province or feds for additional funding.

"It could be easily double that and we will be looking for additional sources of revenue and we may well be postponed, given that there are going to be additional, at least we anticipate there will be additional infrastructure programs we can take advantage of," Coun. Tom Galloway said.

The region hopes to start construction in the spring or summer, with a projected completion date of fall 2022.