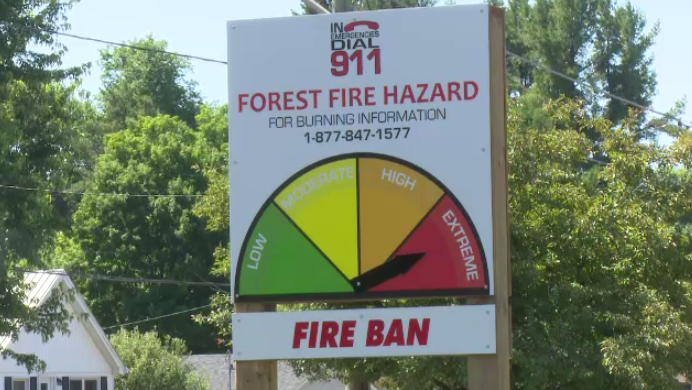 In the face of ongoing dry, hot weather, the townships of North Dumfries, Wellesley, Wilmot and Woolwich have jointly issued an open burn ban.

In a media release, the townships said the ban covers the burning of materials like wood, cardboard, tree limbs, brush and garden waste where flames are not wholly contained.

The ban takes effect immediately and will remain in place until further notice, the townships said.

Campfires smaller than two feet by two feet. and barbecues are still permitted, but the townships cautioned conditions are "extremely dry" and precautions should be taken to prevent fire spread.

The ban also applies to open burn permit holders. Anyone in violation of the open burn ban can be fined.

"Although some sections of the townships have received some rainfall in the last week, overall conditions in brush, grass and wheat field stubble remain dry with the risk of fire spreading quickly," the townships said. "With a lack of rain in the forecast for the next period of time, this temporary ban will help keep our townships safe."

Anyone caught having a large open burn could be fined, including anyone with an open burn permit.

Statistics Canada says the year-over-year inflation rate slowed to 7.6 per cent in July as economists widely expected the pace of price increases to slow that month.