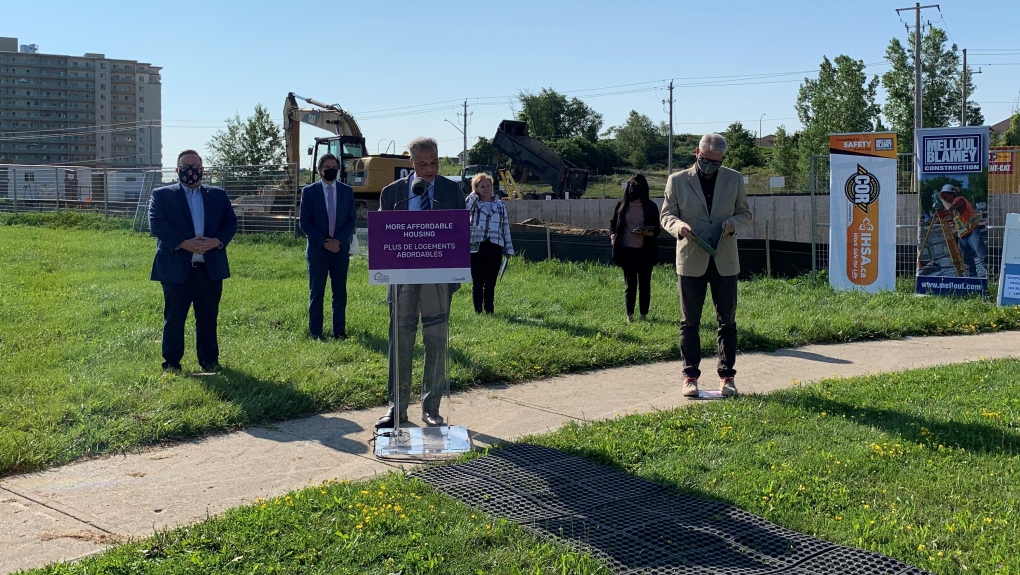 The Government of Canada is giving $11.2 million to the Region of Waterloo to create an estimated 42 new affordable homes.

Adam Vaughan, Parliamentary Secretary to the Minister of Families, Children, and Social Development made the announcement in Kitchener on Tuesday.

According to Vaughan, the region will decide what kind of affordable housing it will pursue and where to put it, but it’s expected to result in at least 42 new affordable homes.

“Its $11.2 million which should generate at least 42 new affordable housing units. We know that if we work with the city on things like the project behind us, city land, federal money, we can make those dollars go even further,” Vaughan said.

The new funding is in addition to the previous federal investment of $8.2 million to support the creation of 42 housing units in the Region of Waterloo.

Vaughan said cities don't have to create a completely new building, but can instead use the money to renovate an old building if they choose.

The Federal Government announced its Rapid Housing Initiative in October 2020, it’s expected to result in the creation of over 9,200 affordable homes across the country.

The Government of Canada said the COVID-19 pandemic has increased the need for affordable housing and led to rising levels of homelessness.