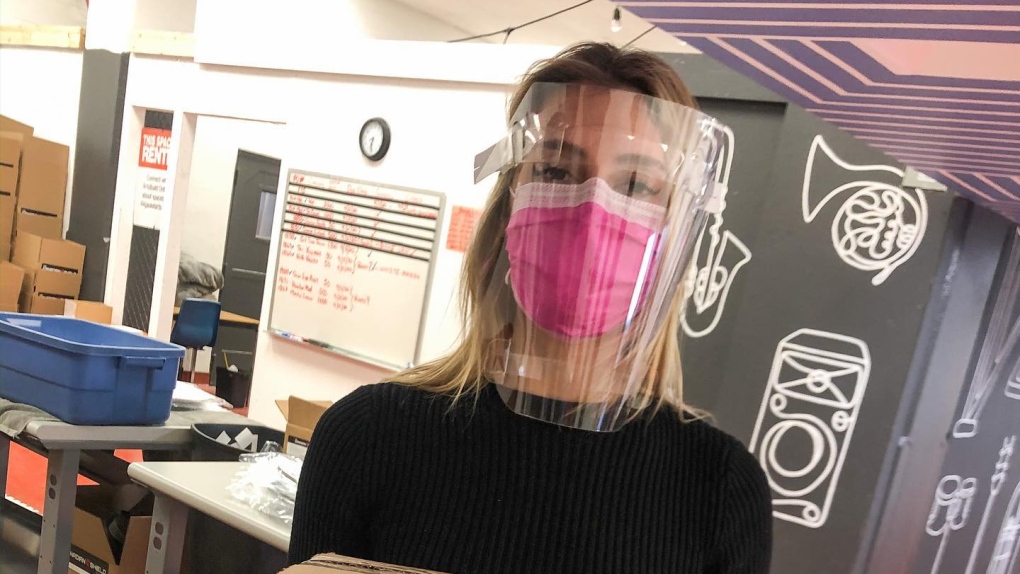 WATERLOO -- The Canadian government has awarded a contract to ‘The Canadian Shield’: a personal protective equipment manufacturer based in Waterloo Region.

The contract announced by the federal government Friday asks the company to make 10 million units of their reusable face shields for healthcare workers by August.

The Canadian Shield is expected to double its workforce from 150 employees to 300 over the next few weeks.

“We need to act fast to protect those who are putting their lives on the line every day,” said Jeremy Hedges, Founder and CEO of The Canadian Shield in a news release. “This investment will allow us to put at least 150 more people back to work, reinvigorating our local manufacturing sector in Waterloo Region.”

The company will be hiring administrative and support personnel, warehouse workers and machine operators.

The Canadian Shield was founded and retooled from 3D printing company Inksmith during the COVID-19 pandemic.

Since the mask received health approval in March, the company has increased its employee numbers from 10 to 150 and deployed hundreds of thousands of masks across Canada.

They say they are looking to extend its reach internationally once their contract with the Canadian government is fulfilled.