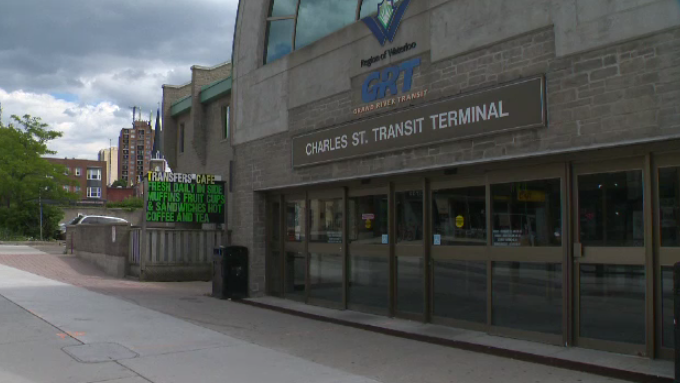 KITCHENER -- The Region of Waterloo will now be capping the number of people allowed inside Kitchener’s former bus terminal on Charles Street.

The building was closed in 2019 but reopened again in March in response to the COVID-19 pandemic.

Advocates said it was challenging for the region’s homeless population to abide by public health’s recommendations because all the businesses they frequented had closed.

John Cluney, who has experienced homelessness, spoke to CTV News on March 21.

“They want people to wash their hands, but we don’t even have a place to wash our hands.”

In response to the closures, the region decided to open up five locations to help the homeless: two parks in Cambridge, washrooms at the side of Kitchener City Hall, the Adult Rec Centre in Waterloo and the former bus terminal.

The region set out guidelines which stated that only 50 people, including staff members, were allowed in each location.

But they’ve now decided to reduce that number even further at the Charles Street terminal.

In addition to bathrooms, the building was being used a drop-in centre.

The region confirmed to CTV News Sunday that security was asking some people to leave because it was not intended as a place for them to stay long-term or sleep.

While the building will remain open access will be limited to three guests at a time.