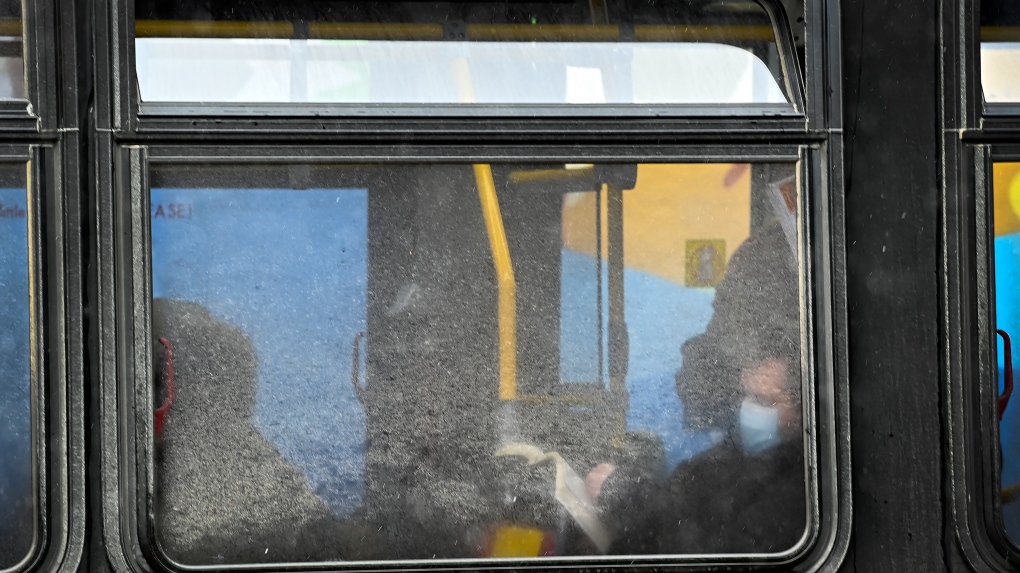 A man is shown through a dirty bus window as he wears a protective mask while reading a book during the COVID-19 pandemic in Toronto on Tuesday, December 1, 2020. THE CANADIAN PRESS/Nathan Denette

KITCHENER -- The region is seeing a downtrend in some of its COVID-19 indicators, Waterloo Region's top doctor said on Friday.

During a media briefing, Medical Officer of Health Dr. Hsiu-Li Wang said that the region's trends are seeing some "slight improvements."

"We have passed the peak of our second wave," she said.

Among the indicators that have improved in the past few weeks is the region's weekly incidence rate. In mid-January, the region was seeing about 185 cases per 100,000 people in Waterloo Region per week.

NOT OUT OF THE CLEAR YET

It's not all good news, however.

The region's positivity rate on Tuesday was 2.3 per cent, which would place it in the orange "prevent" tier, but as of Friday afternoon, that rate had risen to 2.7 per cent, which meets the red "control" tier threshold.

Despite improving metrics in the region, officials are stressing that people still try to limit their social interactions as much as possible.

Updated modelling released on Friday morning suggested that the current public health measures are not enough to stop the spread of COVID-19 variants of concern (VOCs) in Canada.

In Waterloo Region, 27 tests have screened positive for VOCs, including four confirmed B.1.1.7 variants, which first emerged in the U.K.

"This is not unexpected given provincial modeling and trends," she said.

Still, it's a reminder that the pandemic could get worse in Waterloo Region if people let their guard down.

Dr. Wang stressed that it was important for residents to continue doing their part despite the end of the Ontario government's stay-at-home order.

"Gradual lifting of restrictions is neither a normal reopening nor a return to normal," she said.

"It is imperative that we stay the course."

Dr. Wang noted that COVID-19 is still putting a strain on the region's health-care system. As of Friday's COVID-19 dashboard update, there were 20 people in hospital with COVID-19, including eight people who were receiving care in the ICU.

To date more than 10,200 people have tested positive for the disease in the region.