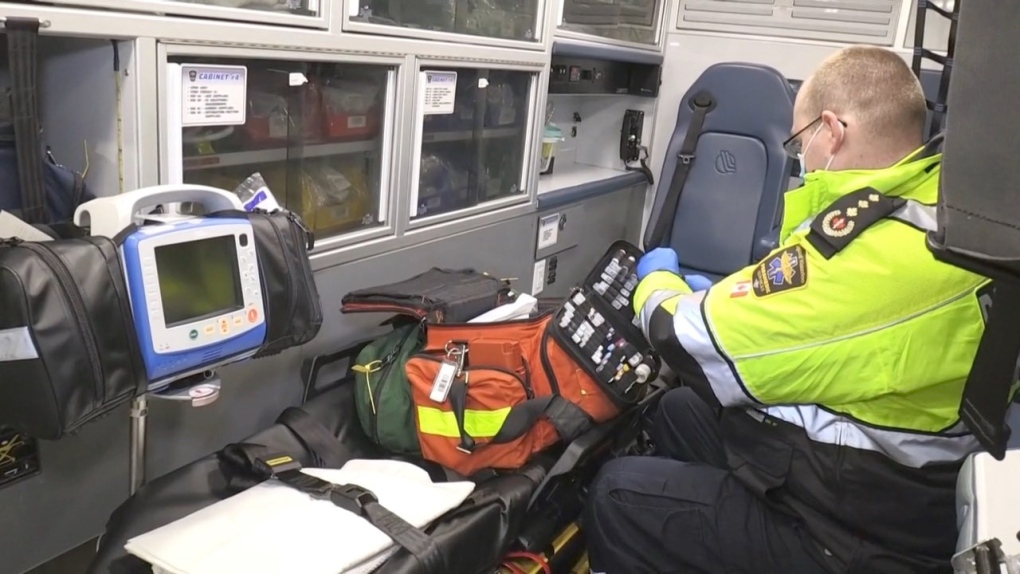 The Region of Waterloo says its ambulance fleet will expand over the next two years.

At a meeting Wednesday, council approved the addition of three 12-hour ambulances, one emergency response unit and the required staff by October.

Another eight ambulances are expected to join the fleet in 2023, plus up to 10 additional vehicles in 2024.

Council said the new ambulances will "address the challenges that Paramedic Services has been experiencing with higher call volumes, population growth and higher unit usage rates."

The region released a performance report in May which showed 63,615 ambulance responses in 2021, a 10 per cent increase from the previous year.

"Our call volumes are hitting record highs almost on a month basis," Stephen Van Valkenburg, the chief of Region of Waterloo Paramedic Services, told CTV News back in May. "What we don't want to happen is not have an ambulance available to respond to a 911 call that comes in."

He explained that three ambulances, working 12-hour shifts, were added in 2021 and an additional two were added earlier this year.

Despite this, he said, staff are often working overtime and sometimes without breaks or lunches.

Van Valkenburg also told CTV News in May that unit utilization had increased to 42 per cent, while the target remained at 35 per cent as laid out in the Paramedic Services Master Plan.

"42 per cent is actually just a running total, so an average," he explained. "We get peaks where we are at 50 or 60, may even 70 per cent utilization. Which is too high to sustain."

One of the biggest challenges, according to the region, is offload delays. That refers to the time paramedics spend taking a patient to the emergency room and stay with them until a bed is free.

The Ontario Association of Paramedic Chiefs (OAPC) said it's an issue for many hospitals and those offload delays can sometimes stretch to 10 hours.