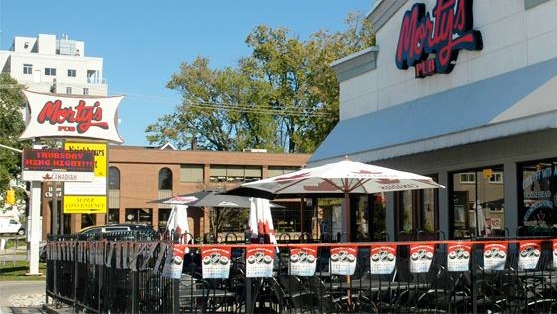 Morty's Pub in an undated photo from their Facebook page.

KITCHENER -- For the first time in 39 years Morty’s Pub is closing its doors for St. Patrick’s Day.

The Waterloo restaurant made the announcement Monday afternoon.

They say the March holiday has historically been one of their busiest days of the year, with a large increase in customers after the unsanctioned street party on Ezra Avenue.

But this year owner Jay Taylor says they’re shutting their doors to deter students from attending the party.

He also says they want to discourage unnecessary public gatherings.

Before making the decision Taylor says they considered the advice from Public Health, Waterloo Regional Police and Wilfrid Laurier University.

Morty's Pub was initially supposed to reopen on March 18 but will remain closed indefinitely.

Taylor says they are following the industry's lead to contain the spread of COVID-19.