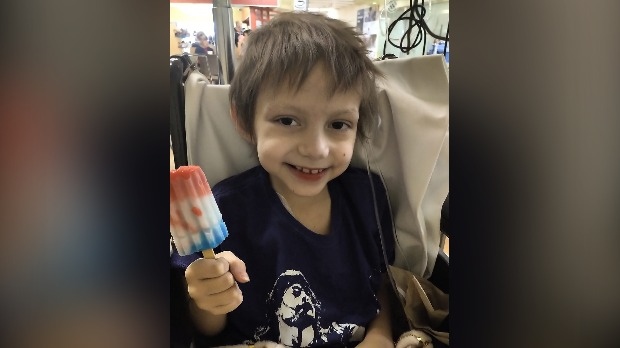 KITCHENER -- Waterloo's toughest cookie is back home with her family after spending much of the last three weeks in hospital.

Abigayle Lobsinger has been fighting neuroblastoma, a form of cancer, for more than four years.

After eight rounds of chemotherapy were unsuccessful, the 7 year old became the first patient in Canada to undergo a new type of cancer treatment.

Her family wrote on Facebook that Abigayle has spent 17 days in hospital getting radiation and testing ahead of her next treatment on Dec. 16.

They say her hair has fallen out and her spirits are low.

But she was happy to put up Christmas decorations at home with her family. 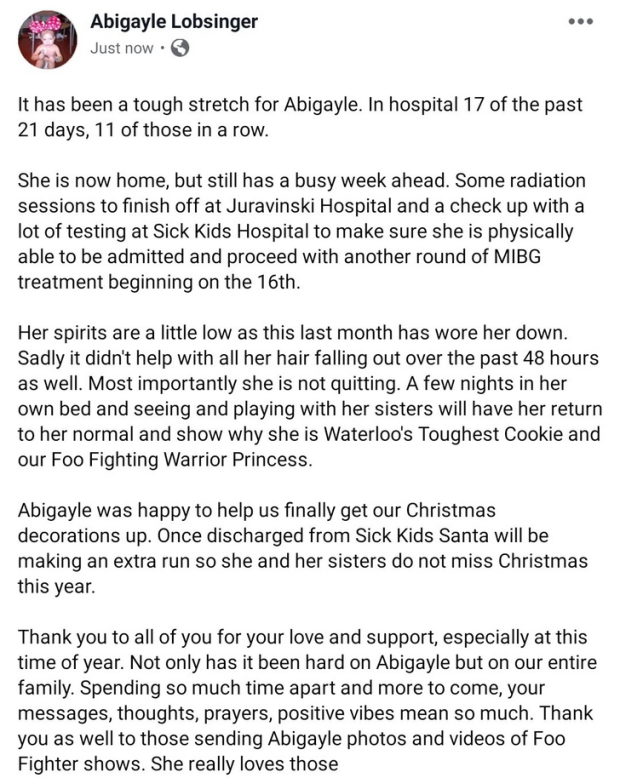