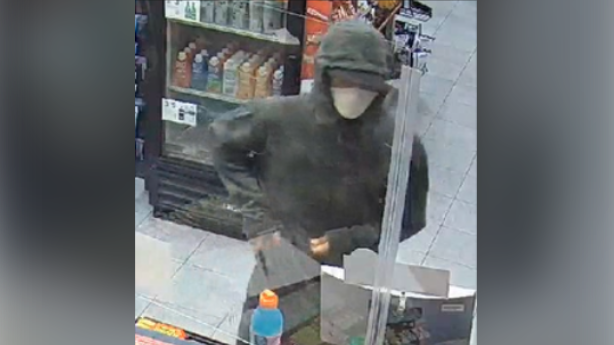 Police are looking to identify the individual in this photo. (WRPS)

Waterloo region police say a gas station in the area of Weber Street North and University Avenue East in Waterloo was robbed.

On Aug. 11, at approximately 2 a.m., police attended a gas station after receiving a report of a robbery.

Police said an unknown man suspect demanded cash from an employee before fleeing with an undisclosed amount of cash.

Police said the man is been described as white, 5-foot-5 , and was last seen wearing a grey jacket, jeans, a white baseball cap and a white cloth.

Police are looking to identify the individual in the photo.