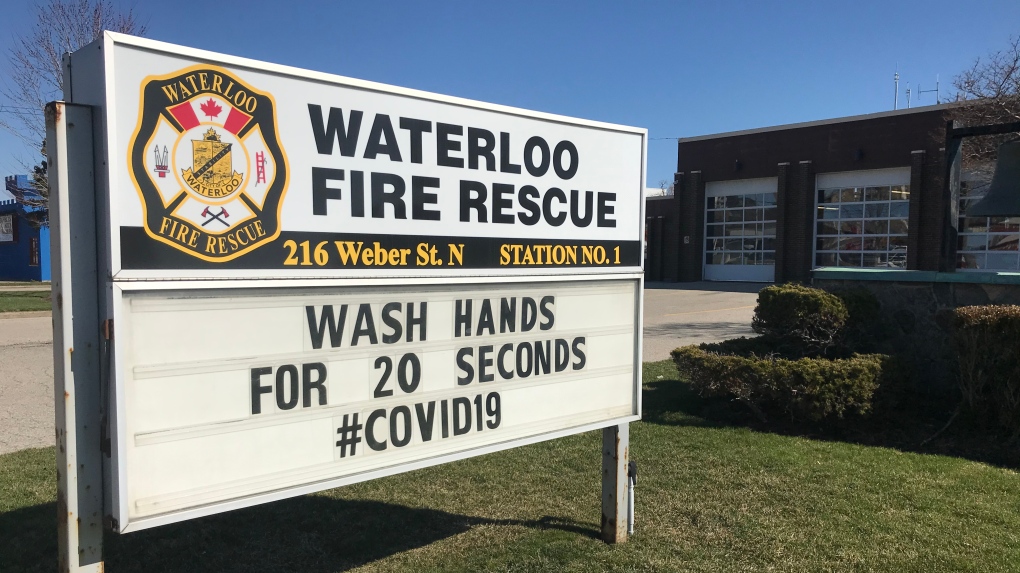 KITCHENER -- Waterloo Fire Rescue has opened a temporary fire station at the Waterloo Memorial Recreation Complex, a plan that's been expedited after a firefighter tested positive for COVID-19.

Eight other staff members who were in contact with the firefighter have been self-isolating since. Hepditch says so far none are showing any symptoms.

The chief also notes that so far no other staff have been showing symptoms relating to this case.

The affected firefighter is now recovering.

The chief also said that, starting Thursday one of the trucks from Station 1 will be operating out of the Waterloo Memorial Recreation Complex (WMRC) to further practice physical distancing.

He notes this plan was already in place, but has now been accelerated due to the positive case.

"This move supports the medical officer of health’s directive to observe physical distancing and is beneficial for the health and safety of our firefighters," Chief Richard Hepditch is quoted in a news release from the City of Waterloo.

In that release, sent on Thursday morning, the city announced the station had been established.

The city says that four firefighters will be stationed at the WMRC. Station 1 is still fully operational.