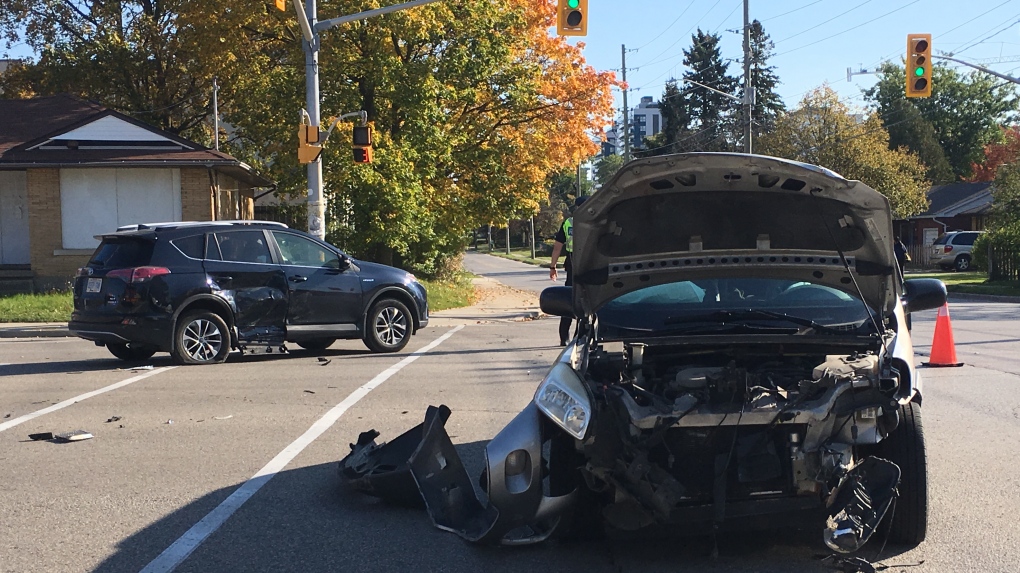 WATERLOO - Traffic was backed up in Waterloo on Sunday afternoon following a two-vehicle crash.

It happened at the intersection of Columbia Street West and Albert Street at around 2:30 p.m.

A section of Columbia Street West was closed off as a tow truck worked to clear the damaged vehicles.

It's unclear what caused the crash or if anyone was injured.