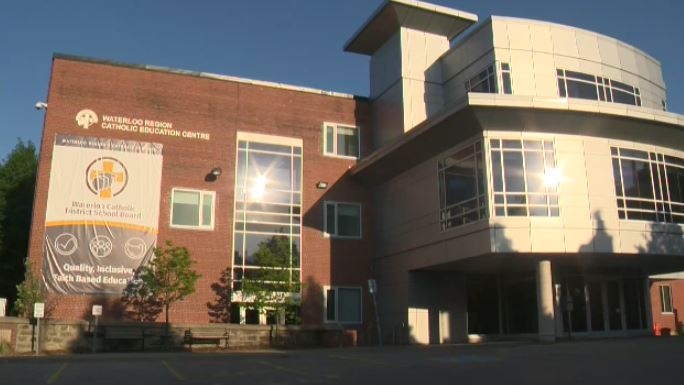 The Waterloo Catholic District School Board building is seen here.

KITCHENER -- The Waterloo Catholic District School Board trustee who said she was ‘disappointed’ that the board wouldn’t be flying the pride flag outside local catholic schools for Pride Month, has come up with a suggestion to potentially further promote equity: an Equity Officer.

Van Alphen noted that a lot of work was being done by board officials but, on the subject of equity, board workers may not be fully dedicated to the issue.  “Currently, the people we have on that also have other portfolios they also have to focus on,” said Val Alphen.

She’s asking the board consider the Equity Officer prior to setting the final budget for next year.

Director of Education, Loretta Notten, said she would take Val Alphen’s suggestion to senior management, however she noted that the new positions for next budget cycle have already been identified, “we do have a fulsome equity committee but we will take that recommendation under advisement.”

Also at the Catholic board meeting, officials noted that surveys will be sent out to parents as early as next week. The board wants to know how parents are feeling about potentially sending their children back into a school setting with face-to-face learning.  The survey will also ask parents how they feel about their children potentially riding a school bus with dozens of other children.

The Catholic board says it wants to gauge parents’ responses to add certainty to fall’s school year.

So far the Ministry of Education hasn’t said what will happen in September.

Board officials noted that they likely won’t have a firm idea of the provincial plan until early August.