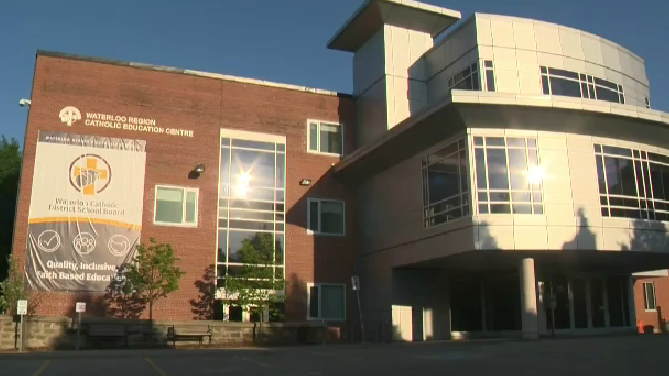 The Waterloo Region Catholic Education Centre on May 27, 2020.

The trustee roles were left vacant after Greg Reitzel and Kevin Dupuis both resigned last month. Dupuis cited the board's move to fly Pride flags at Catholic schools as a factor in his decision.

The current Board of Trustees are using an application and interview process to fill the vacancies, with interviews held in public. This process has been used in the past to fill empty trustee seats.

Applicants for the vacant seats must be:

Applications are due August 23, with interviews with the board to be held on August 30. Those selected serve the remainder of the term until 2022.