Water shuttled in for garage fire near Baden, investigation underway 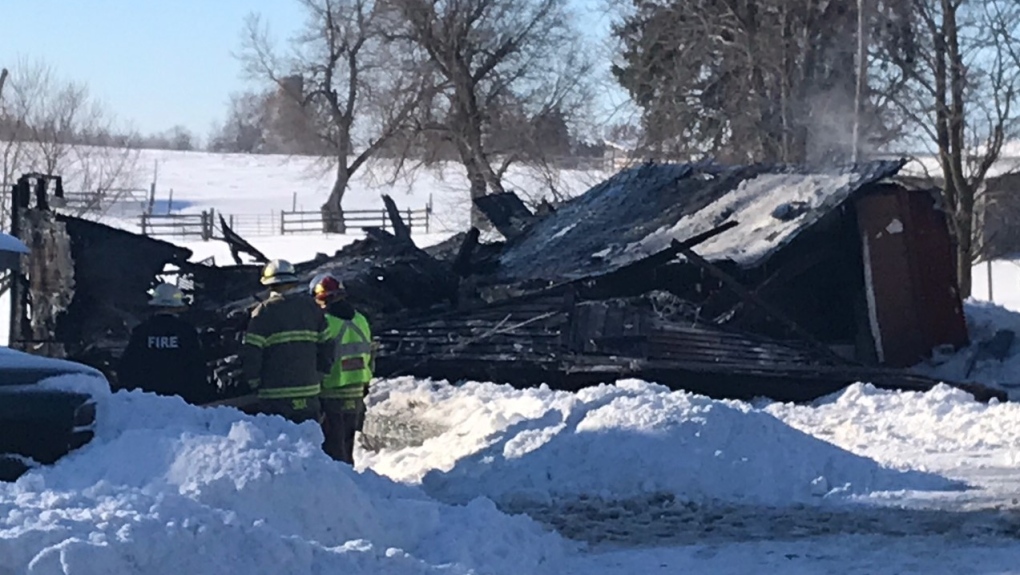 BADEN -- Fire crews were forced to shuttle in water to a garage fire near Baden. Officials are considering the building a total loss.

Firefighters arrived at the sceneon Snyder's Road just after 5 a.m. on Wednesday to find the garage engulfed in flames.

Wilmot Township Fire says a family of five was home at the time, but no injuries were reported.

"They immediately established a water sector to control the fire because it was really close to the house and the barn," said Fire Chief Rod Leeson. "They managed to contain the fire so there was no spread, but the garage is considered a total loss."

The cause of the fire is was undetermined at the time. An investigation is underway.

Since there were no nearby fire hydrants at the scene, water had to be shuttled in to the location, which caused the road to become slippery.

"Just be careful in the vicinity, there's lots of ice on the road," Leeson said. "The region is putting down lots of salt to get the ice off the road, but it will take a little while to do."

Snyder's Road was closed between Sandhills Road and Notre Dame Drive, but officials expected it to reopen by the noon hour.