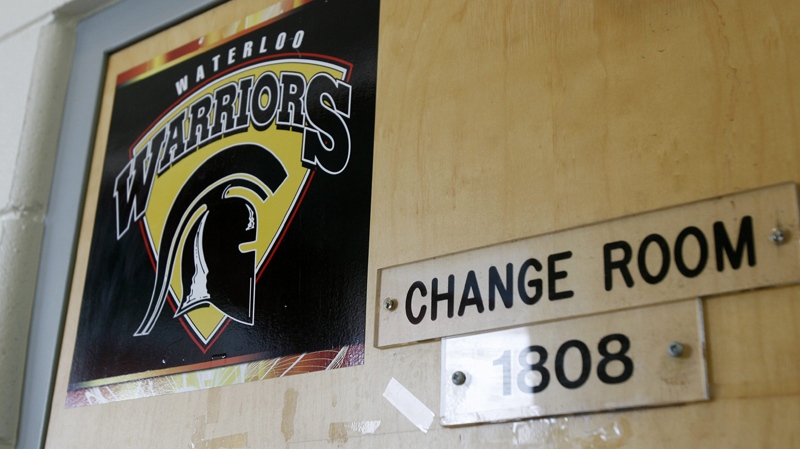 The doors to the University of Waterloo Warriors football facilities were locked after the school suspended its football program for a year, Monday, June 14, 2010. (Dave Chidley / THE CANADIAN PRESS)

University football training camps are set to open on Monday.

When the Waterloo Warriors hit the field, it will mark a new chapter in the program's history.

The Warriors are looking to put the steroid controversy in the past, and are hoping to take a run at a CIS playoff spot.

The University of Waterloo suspended the football program last season after an investigation revealed three players tested positive for steroid use.