Wanted man may be in Kitchener, West Grey Police say 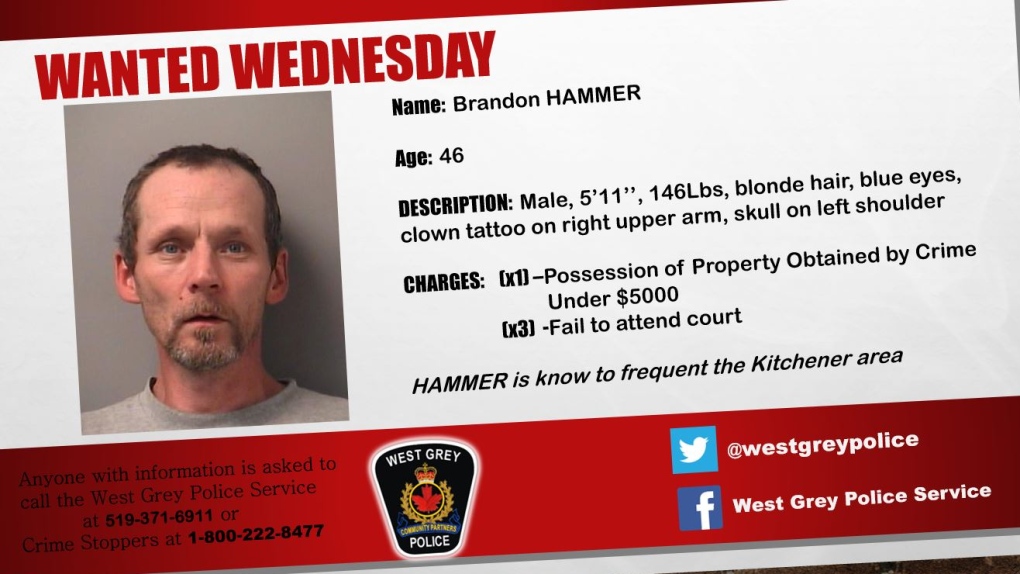 Police say Brandon Hammer is wanted for possession of property obtained by crime and failing to attend court. (@WestGreyPolice / Twitter)

KITCHENER -- A wanted man is known to frequent the Kitchener area.

That’s according to West Grey Police, who released a photo of Brandon Hammer, 46, on Wednesday.

Hammer is wanted for charges of possession of property obtained by crime under $5,000 and three counts of failing to attend court.

He’s described as a white man, five feet 11 inches and about 146 lbs with blonde hair and blue eyes.

Police say he has two tattoos: one of a clown on his upper right arm and another of a skull on his shoulder.

Anyone with information is asked to contact the West Grey Police Service, or Crime Stoppers at 1-800-222-8477.